2020 was a year out of the ordinary. It was a year that, with social distancing and the home office, brought a rethinking of how people had to connect at work, professionally, at school, and with their families. The digital world was also affected, and the strategies that companies have used have changed as they adapt to the "new" communications methods of digital platforms, applications, and devices. We review some of these changes and how they became part of people's lives during this extraordinary time.

At the end of each year, we see many articles and talks about what we will be seeing in the upcoming year. For each industry – technology, fashion, business – there are numerous thoughts and predictions about new trends, technology, and behaviors. Nobody of course predicted what would happen in 2020, so instead of predicting 2021, we look back and see what worked, what didn’t, and what was overlooked. As Woody Allen said: “If you want to make God laugh… tell him about your plans”.

There were many predictions about what was going to trend in the world during 2020. What nobody predicted was the appearance of a virus that would turn the world upside down.

Everything changed, from families and friends, schools and social life, to politics and businesses. Changes also affected the marketing world – both offline and online. These changes affected operations, strategies, and the way of working in a manner that no one could have predicted by the end of 2019. 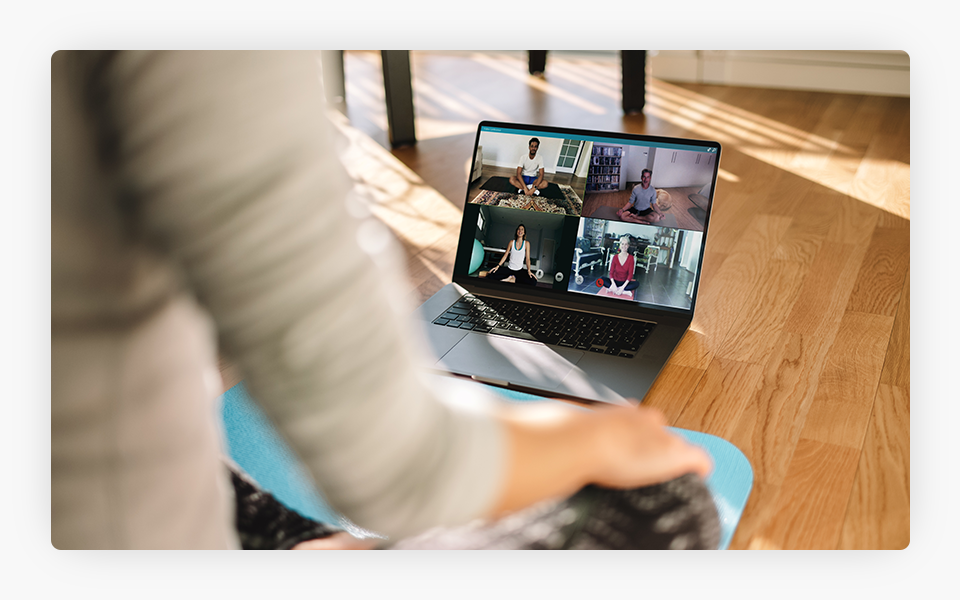 We live in a globalized world. We are, to a certain extent, used to being in contact with clients and colleagues around the country or the world thanks to video conferences. On a smaller scale, thanks to applications such as Zoom, Facetime, and WhatsApp Video, we can chat with friends and family while in another city, state, or country.

And then came the lockdown. It was not only companies that closed their offices. Schools had to switch to online classes to ensure that no student had delays in their lessons and education.

Many professionals and small businesses also had to adapt. Doctors, lawyers, therapists, yoga studios, cooking schools, and gyms, among others, used tools such as Zoom, Google Meet, or Microsoft Teams to be able to stay in contact with clients, patients, and students.

Here, without a doubt, the winner was Zoom, which by April, just a month after the lockdown began, reported a growth in its user base from 10 million to 300 million. Zoom became part of the daily vocabulary, whether it was for social gatherings, for yoga classes, or for sessions between lawyers and clients or therapists and patients. 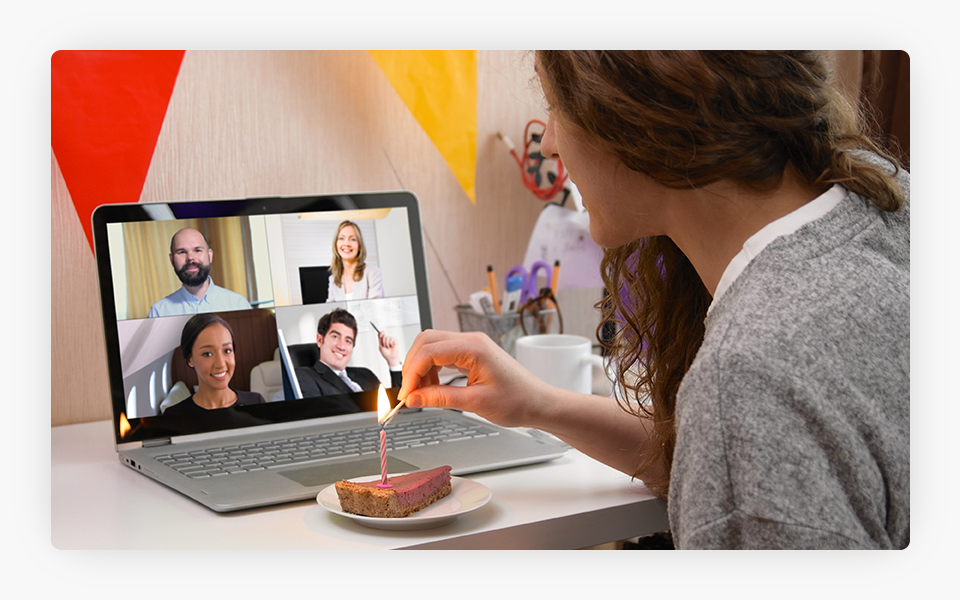 COVID-19 changed our social behavior. Social distancing and staying at home caused birthday parties to be canceled, weddings to be postponed, and reunions with friends and neighbors to be stalled.

However, we were able to stay connected even though we were far away. Thus, virtual socialization began to grow. Friends and families began to gather in the distance or behind a computer screen to talk, share moments, and laugh again.

In addition to Zoom and Google Meet, other social platforms created a place for these gatherings, such as Rooms on Facebook, while applications such as Nextdoor and Houseparty emerged, which allowed us to stay in touch, even while at home.

Houseparty allows virtual meetings between eight groups of friends. It had over two million downloads during March, according to App Annie. This was 323 times more than February, before the lockdown caused by the pandemic.

This lockdown also saw huge TikTok growth. Although it was already growing, once the pandemic began, TikTok achieved even greater penetration, managing to connect friends and strangers through music, dance, and humorous videos. Facebook tried, although without success, to enter this trend with its Lasso application, which disappeared after a few months and has since been replaced by Reels in Facebook’s Instagram application. 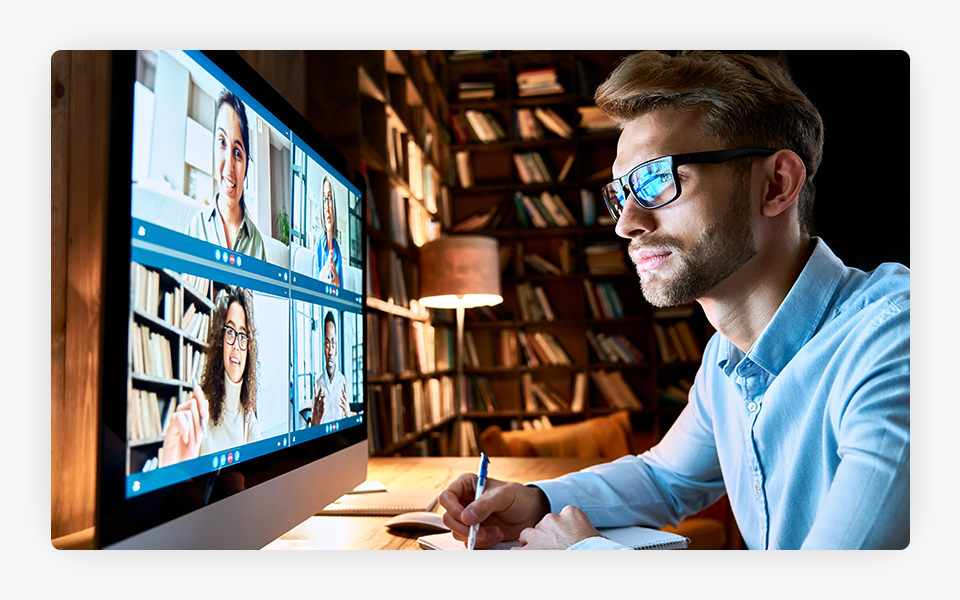 Conferences, trade shows, and expos are a great forum to present products and new technology and meet experts, colleagues, and potential clients.

With the arrival of COVID-19, these physical events had to be canceled due to travel restrictions and bans on mass gatherings of people. These physical event cancellations caused losses in the billions of dollars.

But as the world moved to the virtual world, so did the events, not just corporate events but also political events. The World Health Organization and the G20 meeting decided to hold their series of annual meetings virtually.

Video conferences became the new hallways and showrooms. Wild Apricot estimates that, compared to other years, the number of virtual events doubled during lockdown.

Although the loss of personal contact seemed to be a disadvantage, the money savings for organizers and participants have given virtual events a kind of silver lining. In addition, virtual events can serve more participants than physical events. 84% of organizers of trade shows and congresses have reported, according to Wild Apricot, substantial savings in organizing expenses.

These savings, added to the fact that 70% of business people have declared that they are not yet sure whether they will be attending events in person in the future, are a possible sign that we are facing a new way of organizing events and seminars. 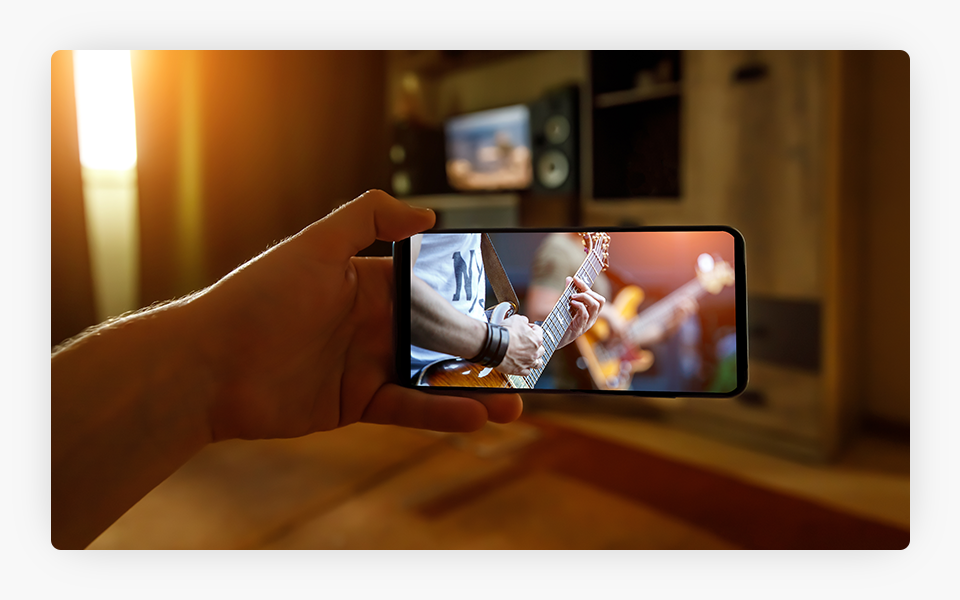 Social distancing didn’t just change parties and friends’ gatherings. It also brought changes in entertainment. Going to the cinema, concerts, and other cultural events were replaced by evenings at home in front of the TV or computer screen.

Theaters were replaced by streaming platforms. According to HUB, the four main platforms – Netflix, Amazon Prime, Disney+, and Hulu – have had a growth of between 3% and 5%. While some big theatrical releases had their openings postponed, others were premiered directly on the streaming services. Such was the case with Wonder Woman 1984, which premiered directly on HBO Max.

Music and live concerts also had to adapt. Venues and stadiums were replaced by live streams, at first for free and later at a cost, from hundreds of artists who found virtual concerts the best way to stay in touch with their audience. 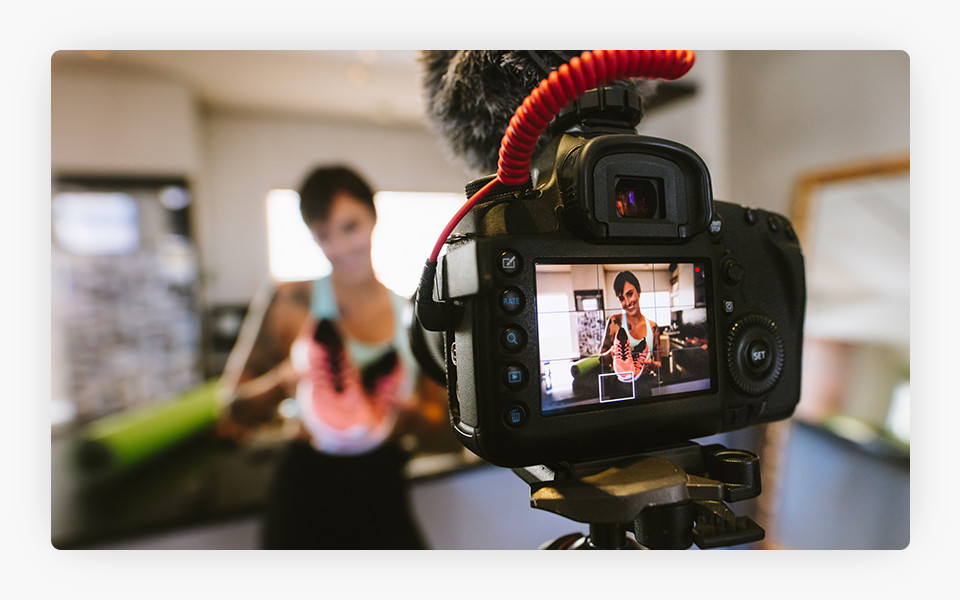 During these times of searching for content and information, video was the winner. Global Web Index reported that, in April alone, 80% of people turned to video as their primary source of content consumption.

Hubspot indicated that video content is shared 12 times more than text-only content.
To be relevant, the video must contain useful information, be entertaining, and preferably have subtitles. According to Forbes, 85% of videos are viewed without sound, so having closed captions helps the audience see the content in its entirety.

Video became, for brands and for service providers, a useful tool, not only to talk about products but also to generate relevant content for the general public: tips, advice, tutorials, conferences, webinars, and much more.

An important tool to take into consideration with the growth of video is Video SEO. Video enriches the content of a page by improving its visibility in search engines and making it appear in the results in a better position when compared to text-only content. According to AOK Marketing, search results with video content have a 41% higher click rate, and if you have it optimized for any screen, the use of video is even more effective.

Automation and Chatbots During Lockdown 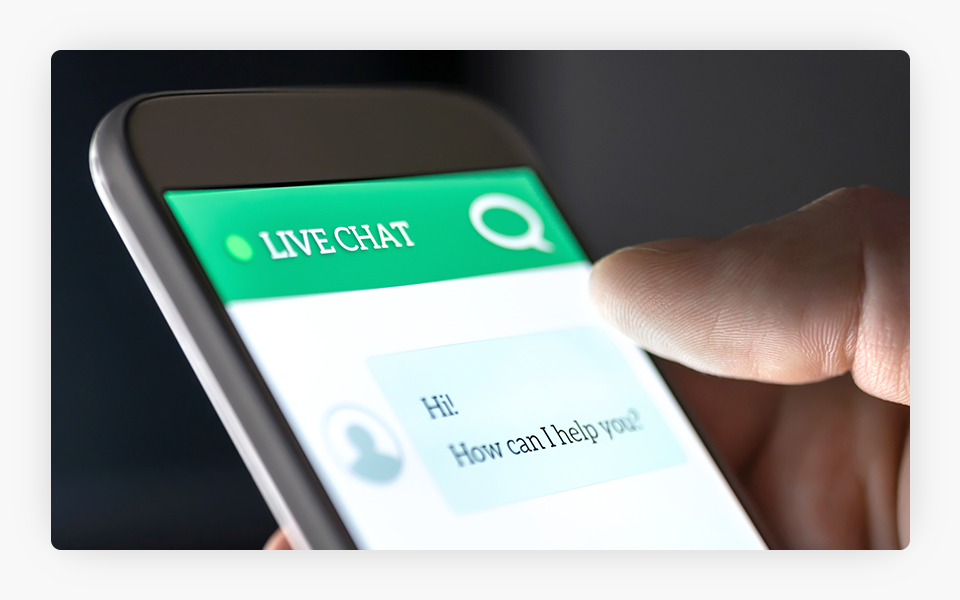 With more people behind the screens, brands, service providers, and even government organizations had a greater need to be there, almost at all times, to provide assistance, answer questions, or even schedule appointments. Automated conversations via SMS messages or with artificial intelligence such as chatbots were essential touch points with customers, consumers, and the general public.

For government organizations, these chatbots were essential to respond to concerns and doubts about COVID-19. Crucial information needed to be provided as soon as possible. On the other side, brands used automated platforms to answer questions about products, schedules, purchase policies, and other issues about their services.

Even restaurants saw chatbots as an ideal tool for offering takeout or home delivery orders, while food service operations remained closed or limited.

The consumer accepted these types of tools very well. According to a survey conducted by Gartner, 58% of respondents responded favorably to the use of artificial intelligence if it helped them get information on time, while 47% said that they felt comfortable with easy access to information when interacting with a chatbot. 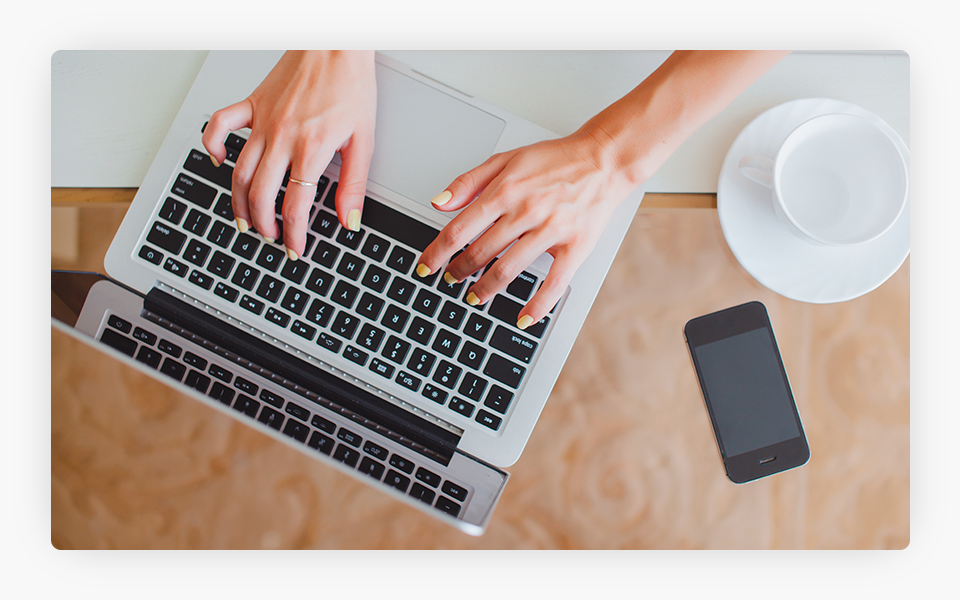 Staying home became part of our daily life. There were no more commutes, activities out of home, or visits to shopping centers or stores. The moments of transit when we used our cell phone to socialize, search for information, or entertain ourselves were paused.

This brought a significant change in the use of digital devices. Being at home, we turned our eyes to our computers, with the benefits and convenience of a larger screen and keyboard.

According to Google, search traffic on mobile devices dropped by 25%. SimilarWeb and Apptopia reported that Facebook, Netflix, and YouTube had a decrease in traffic via mobile applications while that of websites increased. It is estimated that the exposure time to a computer, which was an average of five hours 58 minutes, increased to almost seven hours.

Not only did the traffic on computers increase, but also the sales of these devices did. International Data Corporation (IDC) reported that during the second quarter of the year, sales of computers grew by 11.2% compared to the same period last year.

The answer is: It depends.

Maybe the arrival of a vaccine will bring back the usual behaviors. People may go to the office or school, visit a movie theater, seek legal counsel, or get therapy. Thus, consumer habits within the digital world could return to what they were before.

Maybe working remotely will have positive results. Maybe working from home, without having to commute from one place to another, leaves people more exposed to computers and less to mobile.

Maybe professionals like lawyers or therapists can mix their appointments and face-to-face classes with virtual counseling and instruction, thanks to personalized video conferencing.

Maybe organizers and attendees of symposiums and trade shows will see virtual events as a way to keep having news, conferences, and networking while saving money on travel, accommodation, and organization.

Maybe we are facing a new era in which there is a combination of working in an office and being at home. Already, some technology companies, such as Twitter, have stated that they will no longer be requiring most employees to work in an office. Many companies have discussed more flexible work from home policies for the future. Whatever becomes the normal, Marketing – both offline and digital – will have to adapt to that.