Get in the spirit this April Fools’ Day! Take a moment to unwind on a Friday and appreciate some bad lawyer jokes and funny excerpts from courtroom conversations.

As a lawyer, you likely have heard your fair share of bad lawyer jokes. However, you probably haven’t heard them all! Take a mental break and enjoy some lawyer jokes from across the internet. After all, who said lawyers don’t have a sense of humor?

25 Lawyer and Legal Jokes for Your April Fools’ Day 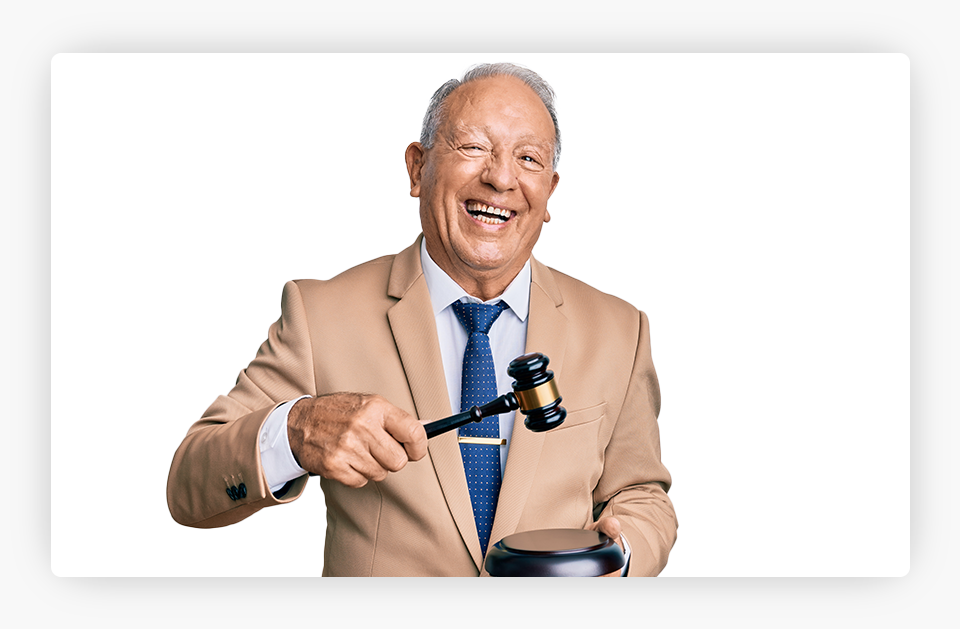 1. What did the lawyer name his daughter? Sue!

2. An alligator makes a good lawyer because he is efficient as a litigator.

3. One of the men in an interrogation room said no one would be talking without a lawyer present. The officer replied, “But you are the lawyer!” The man then replied, “Exactly! Now, where is my present?”

4. Have you ever typed on a lawyer’s computer? Everything comes out in fine print!

5. What do you call a priest who becomes a lawyer? A father-in-law!

6. Lawyer: “My client is trapped inside a penny judge! He’s in-a-cent!”

7. Why did the lawyer’s chicken cross the road? He had an easement.

8. What does a lawyer order to drink? Just-ice.

9. A teacher instructing on fractions used the following hypothetical with her class: “A man died, leaving behind 20 million dollars. One-tenth is to go to his wife. One-quarter is to be split evenly between his two children. The rest of his money will be donated to charity. What will each person get?” As the students quietly thought about the problem, one raised his hand and answered, “A lawyer!”

10. When a chicken graduates from law school, he becomes a legal tender.

11. When an attorney gets married, she says “I accept the terms and conditions.”

12. While others took a break, the lawyers worked on Cole’s law during lunch.

13. What do you get when someone is a lawyer and a librarian? All of the information you need, but you won’t understand most of it.

14. Lawyers will wish you a happy holiday but remind you they can in no way guarantee it.

15. If a lawyer works on a case in the forest and no one is around to hear it, can he still bill his time?

17. Forget seven years for breaking a mirror! A lawyer might be able to get you down to five.

18. A man hired a lawyer to sue the airline for losing his baggage. Unfortunately, he lost the case.

19. When you tell lawyers you love them, they ask for evidence to support your statement.

20. Why are lawyers uniquely charming? They have their own appeal.

21. What did the eye doctor prescribe for a lawyer having trouble reading documents at work? Contract lenses!

22. What do you get when you cross the Godfather with a lawyer? An offer you can’t understand.

23. The most common crime at a circus? Man’s-laughter.

24. What is the trouble with suing Santa? He comes with a clause.

25. What is the similarity between a judge and an English teacher? They both deal with long and short sentences. 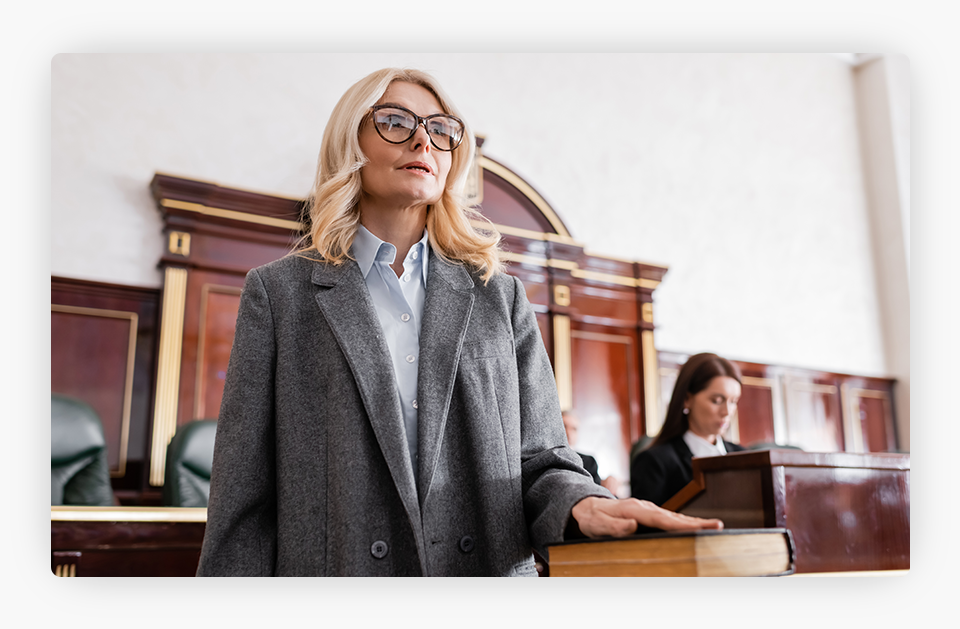 The legal humor doesn’t just stop at lawyer jokes and legal puns. We spent some time looking for amusing excerpts from court transcripts online. While we can’t confirm that all of these conversations occurred in a courtroom or deposition, more surprising things have happened.

1.
Lawyer: How was your first marriage terminated?
Witness: By death.
Lawyer: And by whose death was it terminated?

2.
Lawyer: Could you see him from where you were standing?
Witness: I could see his head.
Lawyer: And where was his head?
Witness: Just above his shoulders.

3.
Lawyer: What happened then?
Witness: He told me, he says, “ I have to kill you because you can identify me.”
Lawyer: Did he kill you?
Witness: No.

5.
Lawyer: Do you drink when you’re on duty?
Witness: I don’t drink when I am on duty, unless I come on duty drunk.

6.
Lawyer: Is your appearance here this morning pursuant to a deposition notice which I sent to your attorney?
Witness: No, this is how I dress when I go to work.

7.
Lawyer: I’ll show you exhibit 3 and ask if you recognize that picture.
Witness: That’s me.
Lawyer: Were you present when that picture was taken?

8.
Lawyer: Have you lived in this town all your life?
Witness: Not yet.

9.
Lawyer: You went on a rather elaborate honeymoon, didn’t you?
Witness: I went to Europe, sir.
Lawyer: And you took your new wife?

10.
Lawyer: You say the stairs went down to the basement?
Witness: Yes.
Lawyer: And these stairs, did they also go up?

Can’t get enough of these transcript excerpts? TikToker and lawyer Amber Les, known as @rebmasel on social media, often brings funny (and sometimes astonishing) excerpts to life on her TikTok account.

While lawyer jokes and courtroom transcripts aren’t going to directly help you grow your practice, they can give you a moment for a mental break. These mental breaks are great for taking the time to reset and approach the day with renewed focus. Now that you have had a moment to refresh your mind with a little humor, you can return to the work of growing your firm!