Your well-written lawyer blog is a great way to market your law firm and better connect with potential clients. However, common grammar mistakes can diminish this benefit. Check out this post for five mistakes to avoid when working on your next law firm blog post.

In elementary school, most children in the United States spend hours in grammar lessons learning the ins and outs of writing the English language. Love grammar or hate it, most of us find that we all have certain rules or a few common mistakes that give us trouble.

Even though no one is immune from a typo or grammar mistake here and there, many people judge a lawyer’s professionalism and legal acumen based on the quality of information they share. Likewise, certain grammar issues result in unengaging content that may not draw potential clients to your firm and can even negatively impact your search engine optimization (SEO) efforts. Thus, having common grammar mistakes in your legal writing can prevent your legal blog posts from reaching their full potential.

Legal writers often riddle their pleadings, arguments, and blog posts with passive voice. Likewise, judicial opinions are typically written with extensive passive voice phrases. Sentences written in passive voice have the subject receiving the action: for example, “My client was struck by Mr. Jones,” rather than, “Mr. Jones struck my client.”

However, as common as passive voice may be in legal writing, it is better to use active voice when possible. By overusing passive voice, content often reads awkwardly or seems less interesting than when written in active voice. Therefore, while you may not be able to eliminate passive voice from your blog posts, you certainly want to avoid using it unnecessarily.

Need a few tips for recognizing passive voice? Look out for verb phrases using the words “is,” “was,” “were,” “are,” and “been.” They can help tip you off on sentences written in passive voice. Also, look out for phrases after the verb that start with the word “by.”

2. Watch Out for Homophones 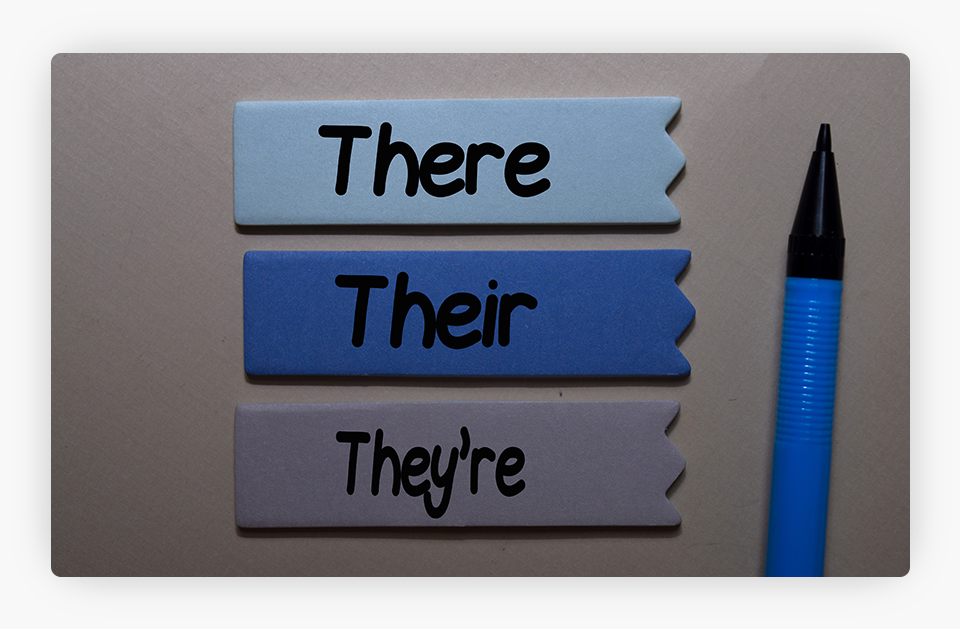 As you may recall from that elementary school English class, words that sound the same but have different spellings and/or meanings are called homophones. When you are dictating content with some type of voice software, using a device with autocorrect, or simply typing quickly, it is easy to inadvertently use the wrong form of a homophone in your sentence. You likely encounter people accidentally confusing homophones daily, such as “they’re”, “their”, and “there.”

Other common homophone mistakes in legal writing include:

We suggest taking a break after you finish writing a legal blog post before you proofread. Fresh eyes will help you better spot a homophone you may have misused. Read your content aloud, as sometimes this can help you spot issues too. Utilize automated tools to check your content, such as Grammarly. If possible, consider having someone else on your team also read any post before you publish it. That way, a second set of eyes will also have the opportunity to detect any problems. 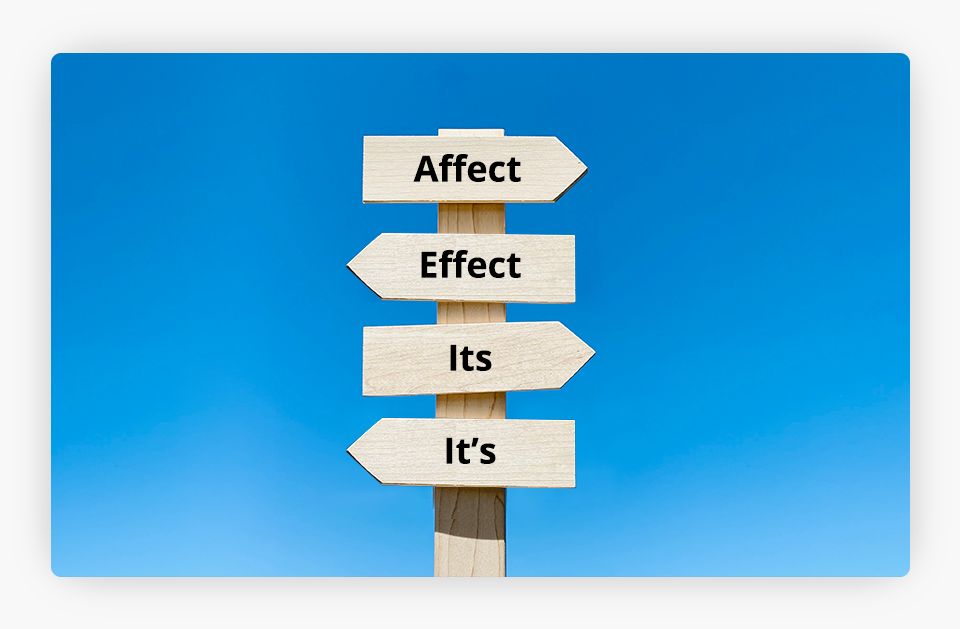 While thinking about homophones, it is important to remember the proper usage of “its” v. “it’s” and “affect” v. “effect.” These rules can still trip up even the most seasoned bloggers and writers.

Remember, “it’s” is a contraction of “it is” or, informally, “it has.” For example, the sentence “It’s a change in the law” utilizes the contraction and is the same as saying “It is a change in the law.” Meanwhile, “its” is a possessive form and indicates ownership or that something belongs to “it.” For instance, “Due to inclement weather, the local court closed its offices today” indicates that the offices being closed belong to the local court.

Similarly, “affect” and “effect” have two usages. “Affect” is typically used as a verb indicating influence that produces an outcome (in other words, causes an effect). For example, “The law affects citizens’ behavior.” However, “effect” is generally a noun. “The law’s effects deter criminal behavior.” While there are exceptions to these general usage standards, remembering this rule of thumb helps you get it right in most circumstances. 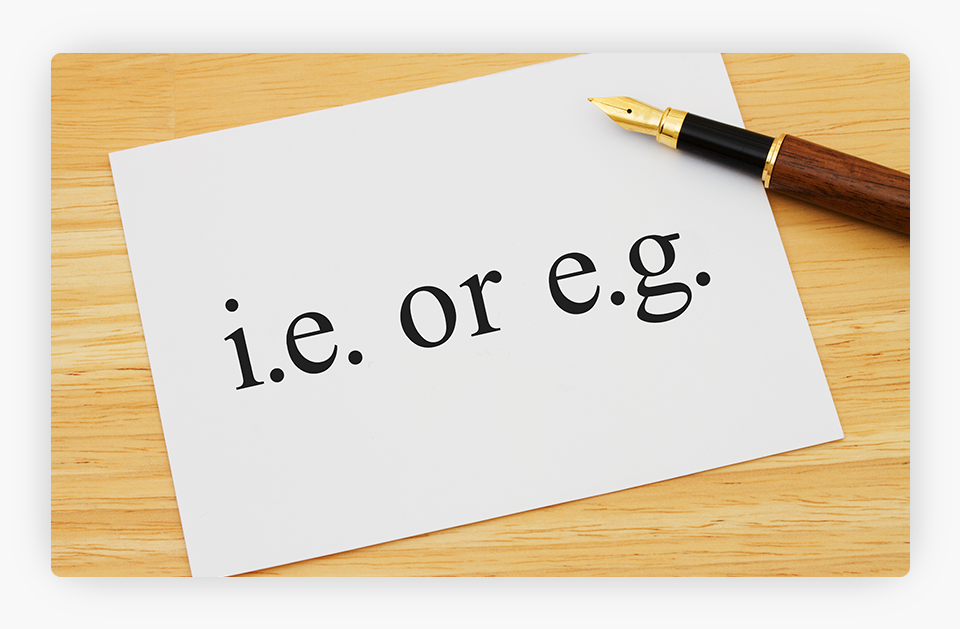 Many writers use the abbreviations “i.e.” and “e.g.” interchangeably. However, these terms have different meanings. The abbreviation “i.e.” is short for the Latin phrase “id est” and translates to “that is.” Thus, it should be used to rephrase or elaborate on something you have already stated. “He has a chance to win the Heisman Trophy, i.e., the top award in college football.”

The abbreviation “e.g.” is a shortened form of the Latin term “exempli gratia,” which roughly translates to “for example.” Therefore, it is used to share an example of something you have already stated. “The zoo has many exotic species, e.g., pandas, zebras, and cheetahs.”

5. Decide Where You Stand on the Oxford Comma 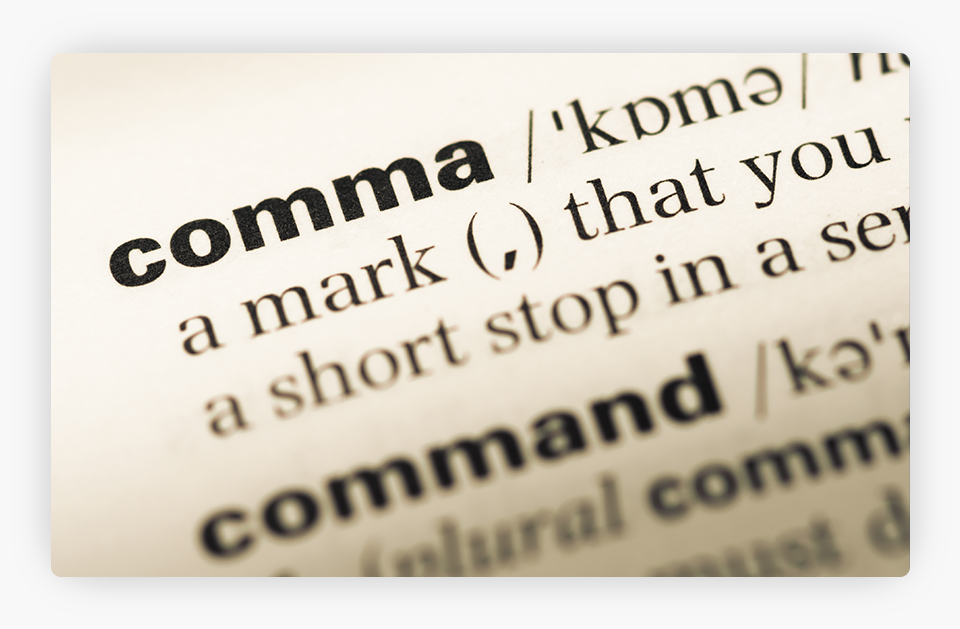 The Oxford comma is the last comma in a serial list of three or more things. For example, the following sentence includes an Oxford comma: “I have calendared a deposition, client conference, and discovery preparation for tomorrow.”

Grammar enthusiasts have been debating the Oxford comma for many years now. The ever-popular AP style advises against using the Oxford comma in a simple list. A 2017 tweet clarified that AP style does not expressly forbid the Oxford comma but suggests only using it when its omission could lead to confusion or misinterpretation. For example, people might jump to the wrong conclusion if someone wrote “This book is dedicated to my parents, Taylor Swift and Eminem.”

We don't ban Oxford commas! We say: If omitting a comma could lead to confusion or misinterpretation, then use the comma. #APStyleChat (1/4) https://t.co/Oarc4YPgqt

The legal profession has debated comma usage in everything from statutes to court opinions. A piece written for the San Francisco Bar argues that lawyers should just use the comma. Columbia Law School suggests consistency is key in Oxford comma usage. With this conflicting information, what is a lawyer to do?

While this author remains partial to preserving the Oxford comma, the serial comma rule that you choose to follow for the content on your legal blog is ultimately up to you. As Columbia Law School notes, regardless of where you may fall on the Oxford comma issue, you should consistently follow the same rule in all of your content.

Putting your best foot forward is an important part of marketing your practice to new potential clients. Avoiding common grammar issues in the content that you post to your law firm blog is an integral part of maximizing its value.

Maybe You Don't Need That Plugin: Things to Consider Before Adding a Plugin to Your WordPress Site December 6, 2021