From the founding fathers of the United States to golfers, artists, and more, many of the most famous figures throughout history were also lawyers. Keep reading to discover seven lawyers still remembered by history books today.

When you are lost in the daily shuffle of law practice, it is often easy to forget that lawyers have often changed history! Some of the most famous historical figures you have learned about, or heard about, throughout your lifetime were also lawyers. So, before you start your next project, check out this list of well-known lawyers remembered by history.

The story of Abraham Lincoln is familiar to most Americans. He represented Illinois in the United States House of Representatives before going on to serve as the sixteenth president of the United States until his assassination in 1865. He is often remembered for guiding the nation through the turmoil of the Civil War, issuing the Emancipation Proclamation in 1863, and actively working to ensure Congress passed the Thirteenth Amendment to end slavery.

However, President Lincoln was also a practicing lawyer before diving into politics. He was self-taught and obtained his law license in 1836, before going on to build his practice. According to some reports, he even intended to return to his law office after he finished his time in the presidency.

Hamilton: An American Musical has become a cultural phenomenon since its Off-Broadway opening in 2015. While Alexander Hamilton and Aaron Burr were unique individuals with differing roles in the founding of America, the musical has made their relationship and rivalry a common topic, even outside of history classes. Interestingly, the men had a good bit in common, including their profession: both lawyers.

In addition to his accomplishments related to the revolutionary war and the early United States, Alexander Hamilton passed an oral bar examination and was admitted to practice law in 1782 after studying law for six months. He took a break from practicing to serve as the Secretary of Treasury under President George Washington but later resumed his work until he died in a duel with Burr in 1804.

Meanwhile, Aaron Burr received formal legal education in the 1770s but left his studies to join the Continental Army in the American revolution. He also gained admission to the bar in 1782 and set up his practice in New York City. He later went on to serve as the New York Attorney General and a Senator before becoming Vice President during the Jefferson Administration. After the fateful duel with Hamilton, Burr finished his term as Vice President. He later was charged with treason, acquitted, and moved to Europe, before returning to New York and resuming law practice until his death. 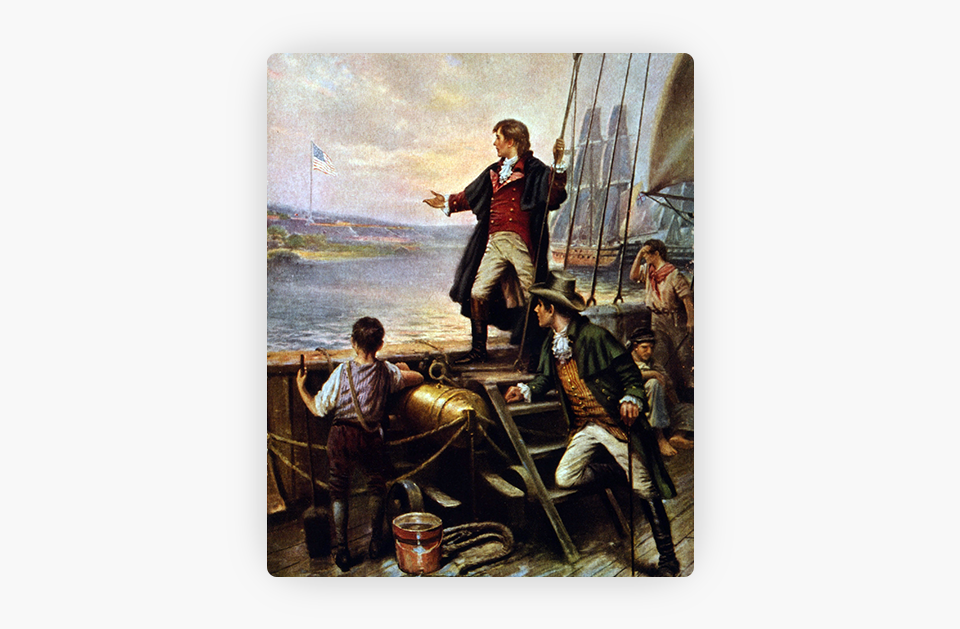 Francis Scott Key was raised in a well-known family from Maryland. Remembered in a Smithsonian Magazine article as a prolific writer, most know Key as the author of “Defense of Fort M’Henry,” the poem that became The Star-Spangled Banner. However, Key was also a lawyer.

In 1801, he passed the bar at the age of 22 and went on to build a successful law practice in Washington D.C. and Maryland. After his acquaintance Dr. Beanes was taken prisoner during the War of 1812, Key went to negotiate Beanes’ release and ended up on a British ship during the bombardment of Fort McHenry, which inspired the United States national anthem.

Mohandas Gandhi made his mark on history as an activist and leader of India’s independence movement against British rule. He challenged British colonialism in India and helped bring Indian independence to reality. For many, he is particularly remembered for his commitment to nonviolent civil disobedience and passive resistance as a path to peaceful change, before his untimely death.

However, Gandhi was also a lawyer in his younger days. As a teen, he went to London to study law. He returned to India in 1891 and did practice, but had trouble launching his career. He then moved to South Africa to work in the law for approximately two decades. While in South Africa, Gandhi’s political activism began to take flight. He later returned to India and, as the expression goes, the rest is history!

Bobby Jones was an amateur golfer who left a significant mark on the game. In his day, he became the first man to achieve the “golf Grand Slam” with wins in the British Open, U.S. Open, and both British and U.S. amateur championships. In seven years, he won thirteen championships, a record he held for over 40 years. Today, his name continues to grace golf courses, golf clubs, and golf apparel.

While Jones may have been most famous in the golf world, he never became a professional player and did not often play formal golf after “retiring” in 1930. He passed the bar in 1928 and went on to work as a practicing lawyer in the Atlanta area throughout the remainder of his life. As noted by a Georgia State University site, Jones also made a strong impact on the Georgia legal community, where he was renowned for his ethical nature and a series of ethics lectures at Emory University bore his name for 30 years.

Henri Matisse is well-known as a French artist and by some accounts is considered the “most important French painter of the 20th century.” You can view some of his most famous paintings in this list.

However, before turning to art in the 1890s while recovering from an acute illness, he trained as a lawyer. He graduated from a law school in Paris and according to Sotheby’s passed his bar exams with distinction before taking a job in a law office.

Admittedly, this list does not offer any insight into legal marketing or technology. However, it is a great reminder that you can do anything with a law degree. Build your practice, pursue your passions, and future history books may also remember you as a lawyer who left your mark on history and society.

Plus, taking a break and reading this list for a moment can help you refocus and destress for the rest of your workday.