Did you know that Justia offers numerous free resources to make the law more accessible and help people better understand the foundations of a variety of legal areas? In this post, you can learn more about the information available in Justia’s Maritime Law Center.

Among the many free resources that Justia provides to the public are Justia Legal Guides on dozens of diverse practice areas. In a series of posts, we will continue to explain how someone coming to our site might use each of these guides to understand the laws and procedures in a certain area.

Twelve years ago this month, hundreds of millions of gallons of crude oil were spilled into the Gulf of Mexico. Oil spills like the Deepwater Horizon disaster can take a devastating toll on entire regions. Recognizing the harm that they cause, the federal government has imposed reporting requirements and created a claims system for people affected by oil spills. This is just one of the topics discussed by Justia’s Maritime Law Center. 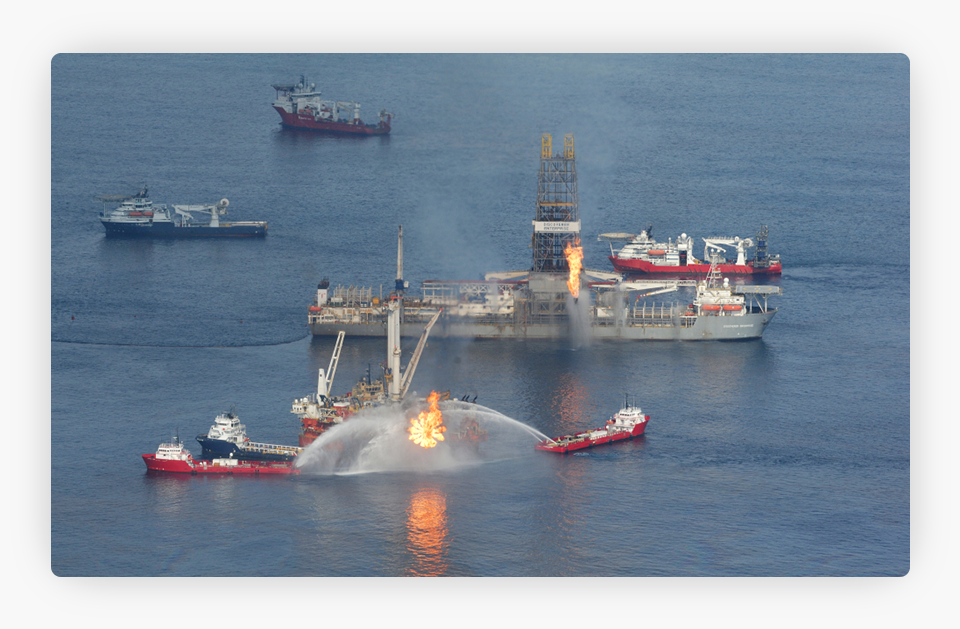 The largest oil spill in history, the Deepwater Horizon oil spill resulted from an explosion on an oil rig on April 20, 2010. The rig was leased by BP (British Petroleum) and owned and operated by an offshore oil drilling company called Transocean. The explosion killed 11 employees, injured 17, and released an estimated 4.9 million barrels of oil into the water, which created a 57,500-square mile oil slick.

An estimated 1,100 miles of shoreline from Florida to Texas were polluted by the spill, causing a severe human and environmental toll. Workers involved in the cleanup efforts reported respiratory problems and other health concerns. The disaster also greatly affected birds, mammals, and sea turtles in the area, resulting in a high number of deaths and ongoing health issues. Scientists believe that the spill will contaminate the area for decades. While the industry has adjusted some of its practices in response, the risk of a future disaster persists. 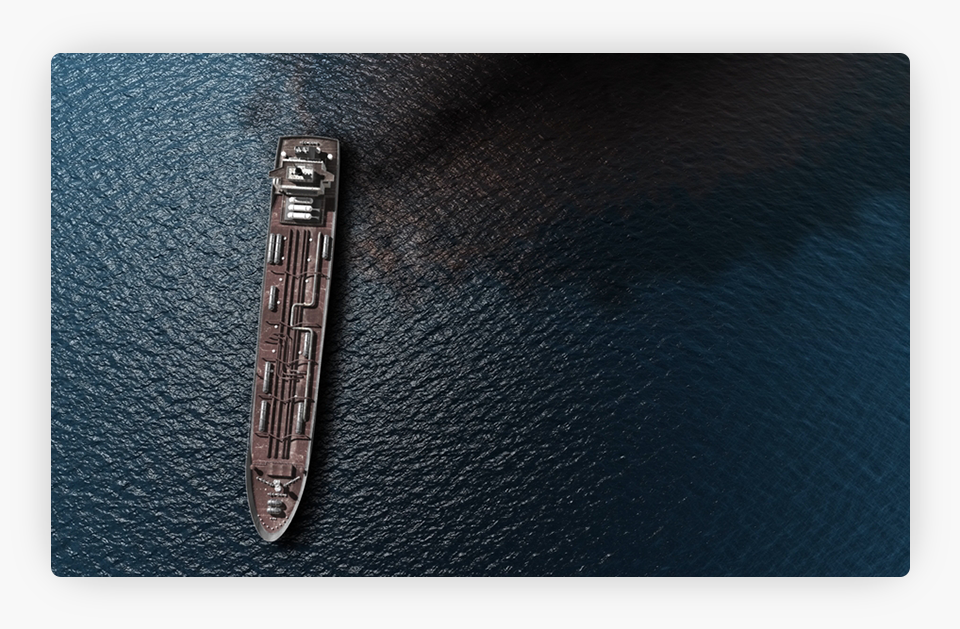 As Justia’s discussion of oil spill reporting and claims explains, individuals or entities responsible for an oil spill that meets certain threshold requirements must report the spill to the federal government and sometimes the state. Individuals who discover an oil spill should contact the National Response Center, the Environmental Protection Agency, or the U.S. Coast Guard Marine Safety Office, depending on where the event occurred. Reports should provide information on the cause and location of the spill, the quantity of oil involved, and any hazards that the spill has created, among other issues.

Responsible parties may be held accountable for a spill under the federal Oil Pollution Act. They may be required to pay both removal costs and damages from the spill, including harm to real or personal property, loss of subsistence use, loss of profits, and impaired earning capacity. If the responsible party fails to promptly resolve the claim, a claimant can go to court or seek compensation from the Oil Spill Liability Trust Fund, which provides up to $1 billion in compensation for any single oil spill. Remedies also may be available under state laws. 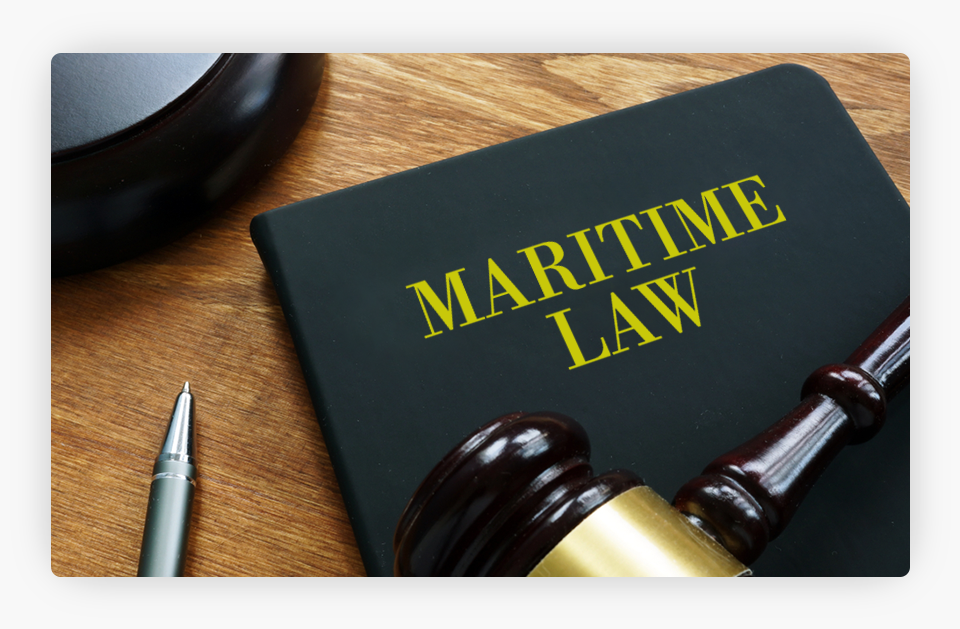 In addition to oil spills, the Maritime Law Center covers other topics relevant to people who spend time on the water. Some of these legal areas include cruise ship law, the Jones Act, and the Longshore and Harbor Workers’ Compensation Act.

The Cruise Ship Law page describes the rights of passengers who travel on these massive vessels. Since cruise ships are common carriers, their operators have a heightened duty of care in protecting passengers from harm. Unfortunately, injuries ranging from slip and fall accidents to falls overboard happen all too often on cruise ships, and crimes by crew members may occur. Victims usually can pursue economic and non-economic damages, but they may need to promptly provide notice of their injuries and file suit in a location designated by the cruise line. The cruise ship ticket typically outlines these rules.

Justia’s page on the Jones Act explains a key remedy available to injured seamen. While an injured seaman must show that the negligence of an employer or a coworker caused their injuries under the Jones Act, they are entitled to a greater range of compensation than under ordinary workers’ compensation laws, such as damages for pain and suffering. Injured seamen also can seek maintenance and cure benefits for their necessary living expenses and medical treatment. In addition, they may have an unseaworthiness claim. The scope of these overlapping remedies can be confusing, and a worker may want to consult a maritime lawyer to ensure that they fully exercise their rights.

Meanwhile, the Benefits for Injured Longshore and Harbor Workers page outlines the federal Longshore and Harbor Workers’ Compensation Act (LHWCA). The LHWCA provides relief for employees at facilities such as shipyards, shipping terminals, and docks when they have been injured on the job. This federal law often awards greater assistance than state workers’ compensation benefits. To be eligible for LHWCA benefits, workers must meet two tests involving the nature of their duties and the place where they perform them.

Justia’s Maritime Law Center provides a readable source for ordinary people to understand distinctive issues in maritime law and how the law may apply to their circumstances. Readers also can learn about how the law may relate to current events that they are following. Like the rest of Justia Legal Guides, the Maritime Law Center makes the law transparent and accessible to all.