A couple weeks ago, we posted about Free and Low Cost Video Conferencing Solutions that you can use to virtually meet face-to-face with your clients and colleagues.  In that post, we mentioned that the more robust version of Hangouts, then called Hangouts Meet, was a paid solution as part of the Google G Suite service packages, which include business editions of several Google services.

For several years, Google has been saying that the original Hangouts (called Hangouts Classic) would eventually be phased out in favor of moving everyone over to Hangouts Meet (Video) and Hangouts Chat (Messages), but only once the G Suite customers had been fully shifted to the newer platform.

As we mentioned in our post a few weeks ago, in response to COVID-19, Google made the Enterprise features of Hangouts Meet available to all G Suite customers for free to foster more communications within organizations.

Later, to help resolve confusion between the free Hangouts and Hangouts Meet, Google rebranded Meet as Google Meet instead.

Google announced on Wednesday that the newly rebranded Google Meet is now rolling out to all Google Accounts (such as gmail.com users) for free, with no G Suite domain required. 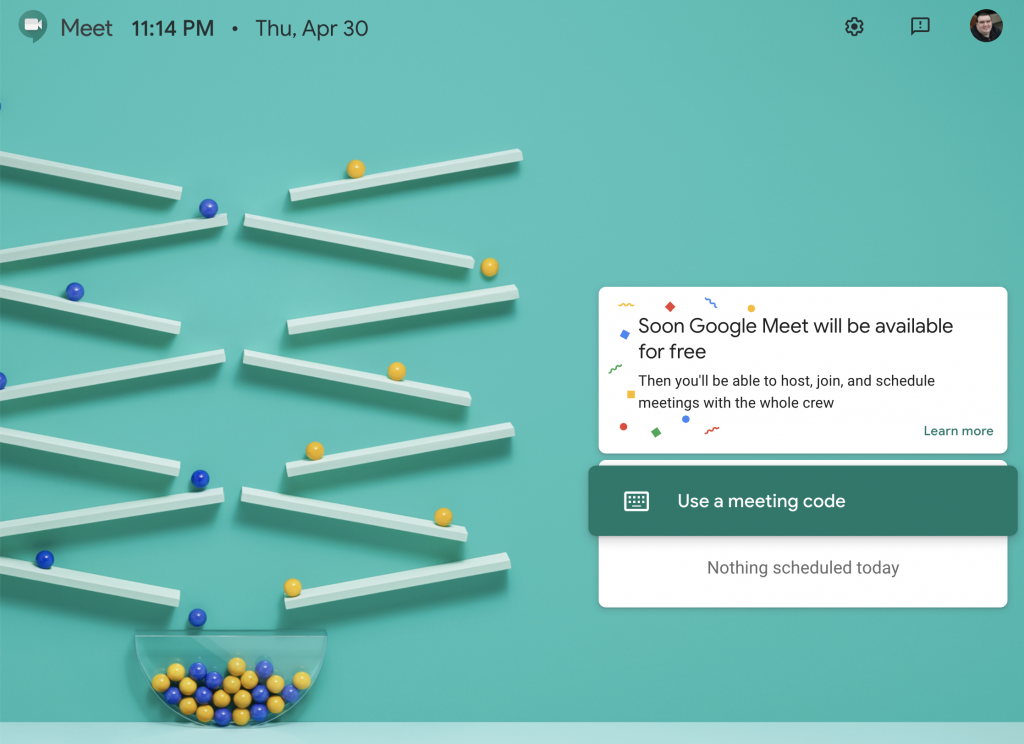 The free version of Google Meet will eventually be limited to meetings of up to 60 minutes, but Google will not be enforcing this limit until at least September 30, allowing everyone to use this version to communicate as much as they want.

Some of the advanced features (call recording, dial-in numbers, and larger meetings) will still be limited to G Suite, but Google is introducing a new edition of G Suite, called G Suite Essentials. It will include these advanced features, plus some collaboration tools and Google Drive, but it will not require organizations to host their email with G Suite.  Through September 30, however, G Suite Essentials is free with all accounts.