In the month and a half since Google I/O 2019, the search giant has been very busy making changes, we wanted to take an opportunity to round up some of the more interesting stories that may have an impact on your search engine optimization.

Google announced a major update to its Googlebot that would bring the spider up to date with newer web technologies.

Googlebot, the spider that Google uses to index sites on the web has long been based on Chrome (or more specifically Chromium, the open source base from which Chrome is derived). Being based on Chrome, Googlebot was able to render pages the same way a real browser (specifically Chrome) does, thereby allowing Google to index dynamic sites in addition to simple HTML ones.

Until recently Googlebot was fairly static, based on Chromium Version 41, which was released to the stable channel on March 3, 2015. While Chrome 41 was state of the art in 2015, the web has changed significantly since then, so much so that the list of new and changed features between Chrome 41 and Chrome 74 is massive. For a long time, web developers that have used these newer technologies have had to use hacks and other methods to make sure their sites would still work in Chrome 41 (even though no user actually still used Chrome 41 thanks to automatic updates) so that Googlebot would be able to index their site. 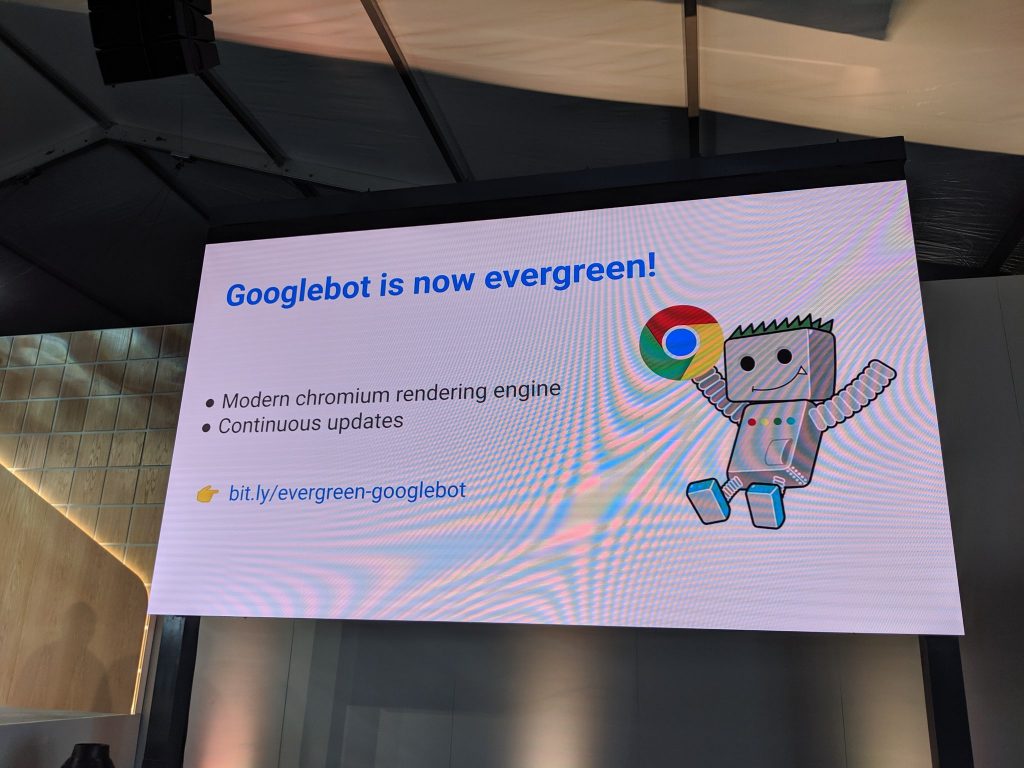 Announcing that Googlebot was updating to Chromium 74 was a big deal for web developers because it meant that things that would work in modern browsers would also work for Googlebot, and thus for Google Indexing. In addition to this major update, Google made the commitment to make Googlebot evergreen, meaning that every time there is a new stable release of Chrome, Google will update Googlebot within a few weeks at the most.

This is important because Google updates Chrome very often, which means it will update Googlebot just as often. In fact, while Chrome 74 was the stable release just last month at Google I/O, Chrome 75 was released to stable this month, so an update to Googlebot should be imminent, if it hasn’t already happened.

Web developers can now use modern web technologies such as ES6, Lazy Loading techniques, and perhaps most importantly, Web Components, without worrying that Googlebot won’t index their site.

Every browser and bot sends a string to any web server that they visit called a “User Agent String.” This string allows the web server to identify what the browser is, and can tailor things to that particular browser if necessary. Googlebot is no exception to this and broadcasts a user agent string so that servers know that they are Googlebot.

This decision is temporary, however, and Google intends to start showing a user agent string with the correct Chrome version very soon, as soon as enough time has passed for any web developers who wrote code based on the user agent to have updated their code to match.

On May 22, Google announced that it was rolling out a visual redesign the mobile version of search. This new version makes more prominent than ever before the source of the content. The name of the website page will appear at the top of the search result snippet, and for an extra bit of visual branding, the website’s icon (if it has one) also appears on that line. 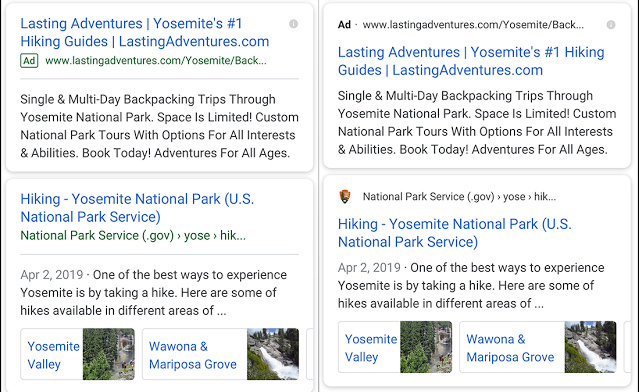 Ads get a visual refresh to match, but instead of the website’s icon, an icon with the word “Ad” in black in a sans serif font is shown in that place. SEO Roundtable reported shortly after the release of the redesign that some SEO experts had immediately begun experimenting to see whether they could do misleading things using that icon. Google’s Danny Sullivan was quick to recommend that these experts not try to do such things with their icons, as it would violate Google’s Favicon Guidelines. Sure enough, sites that had misleading icons saw their icons removed from search results later the same day.

Overall we believe this new change will be a great branding opportunity for your law firm because of the new prominence of your site name and icon in search results.

Google has been slowly migrating to a newer version of Google Search Console, and last week, Google announced that it is removing the “Preferred Domain” setting from the old version of the console and will not implement the feature on the new version of Search Console.

Preferred Domain allows you to specify which version of your main website’s domain should show up in search (with or without the “www.” prefix). Google recommends that you follow the guidelines in its “Consolidate duplicate URLs” article to designate the primary URL (known as the canonical URL) for a page.

Of course we’ve long recommended that everyone follow those same guidelines regardless of the existence of the Preferred Domain setting; however the “Preferred Domain” was often seen as the fastest way to prevent both versions of a main domain from getting indexed at the same time.

There is Now an Official Google Webmaster Conference

Until now, Google had chosen not to have a conference specifically for webmasters, choosing instead to include SEO-related tracks in their other conferences (like the sessions I blogged about from Google I/O), and to make appearances at other industry-run SEO Conferences like SMX.

To better reach webmasters, particularly in parts of the world that don’t have many tech companies, Google is launching its own conference just for webmasters, with the first 3 of these conferences in India, Bali and Jakarta.

Unlike your traditional tech conference, each one of these conferences is actually a roaming conference that will travel throughout the country. Webmaster Conference India 2019 will hold events in 14 different cities throughout India this year, helping to make the conference accessible for anyone in the country who wants to attend.

The SEO landscape changes rapidly. Google and others are constantly moving forward, and it can sometimes be difficult to stay on top of new developments. These are just some of the changes we’ve been tracking over the last couple months. We’ve also been tracking the recent core update to measure what impact it has had on the websites and blogs of our clients, as well as our own. We’ll always keep a weather eye on the horizon.

Google Is Shutting Down Its URL Parameters Tool March 30, 2022