This week Google announced a ranking algorithm update dubbed the "Speed Update" that will affect mobile search results starting in July 2018. In this post we break down the details of Google's announcement explaining what we can expect from this update, and what it will not affect. 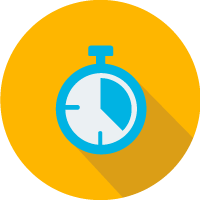 Google announced yesterday on the Google Webmaster Central Blog that a new mobile ranking update will be coming in July 2018. Dubbed the “Speed Update,” this ranking change is all about page speed, or more specifically, mobile page speed.

At Justia, we are always focused on speed. Our clients’ websites and blogs have associated speedy AMP pages to make their sites very fast on mobile, while also taking advantage of being served from Google’s AMP Cache servers, which allows for even faster load speeds. Users, and Google, are obsessed with web performance, and Justia wants our clients’ sites to be super-fast for their visitors.

We previously discussed the importance of page load speed as part of your overall SEO strategy. In 2010, Google released a ranking algorithm update that was based on desktop page speed. Now in 2018 as mobile users increasingly dominate internet requests, Google is adding a ranking change specific to the way pages perform on mobile.

Google claims that this update “will only affect pages that deliver the slowest experience to users and will only affect a small percentage of queries.” In other words, the page speed ranking factor is still weighted less than the relevance of the page.

When asked by Search Engine Land, Google clarified that this ranking factor will only apply to mobile search results; desktop search results will still use the existing desktop page speed ranking factor from the 2010 update. Google also clarified that the speed is based on “real world” results—what a user can expect to get when they tap the result. Importantly, Google said a website page with an associated AMP version will get a speed rank factor based on the speed of loading the AMP version of the page from Google’s AMP Cache servers, not the associated mobile page hosted by the website hosting service. This further underscores the importance of creating an AMP version of your website.

Google’s blog post recommends that developers “think broadly about how performance affects a user’s experience of their page” and to test their sites using tools like Lighthouse or PageSpeed Insights. 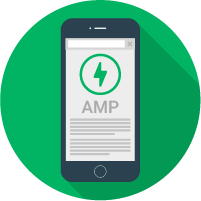 In a separate, but related bit of news, the AMP Project blog published a post yesterday regarding how measuring AMP performance is more complicated than simply using tools like Lighthouse or PageSpeed Insights because a significant portion of the performance improvements of AMP come from the AMP Cache and from the pre-rendering functionality of AMP, and those tools don’t account for these gains.

While checking your webpages with PageSpeed is important for ensuring optimal desktop performance, for mobile pages, Google recommends testing the AMP Cache version in addition to the non-AMP version on your own site. Keep in mind the actual user performance of AMP pages hosted on Google’s AMP Cache servers will be even better than the direct page speed test, as they are pre-rendered while a user is on a search result page. Law firms, or their web developers (like Justia), should focus on creating AMP versions for all of their website and blog pages, including CPC/PPC landing pages. It will not just help them with Google rankings, it will help with the visitors to your site as well.

Maybe You Don't Need That Plugin: Things to Consider Before Adding a Plugin to Your WordPress Site December 6, 2021