According to W3Techs and Datanyze, Google Analytics is the most used web analytics platform on the entire internet. This is not only because Google is the number one global search engine, but also because its tools offer impressive analytics resources. 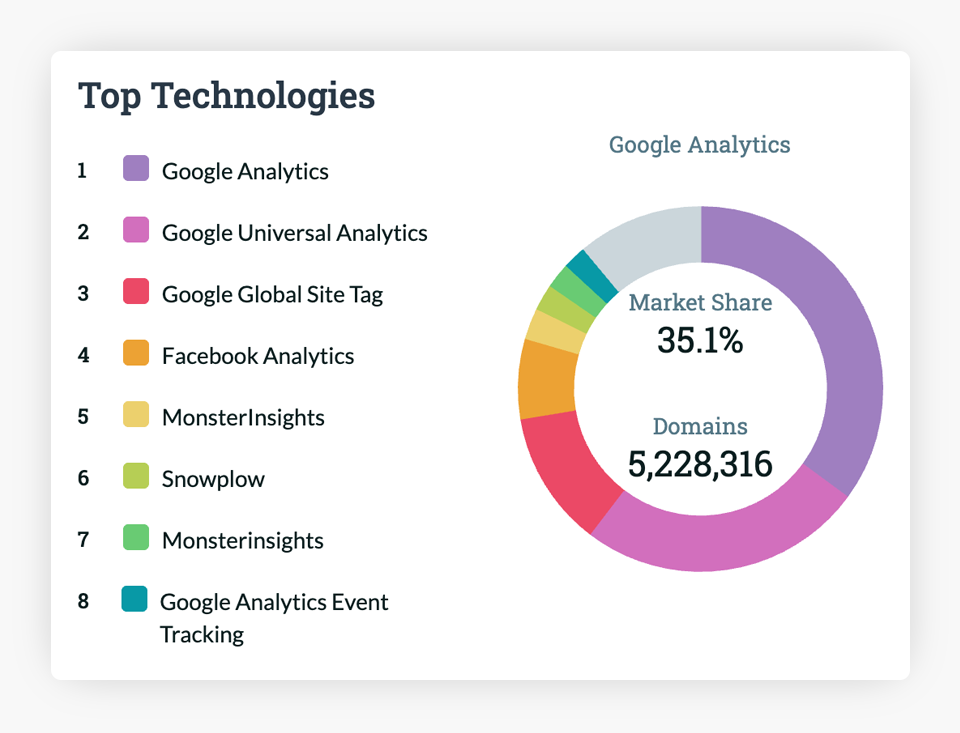 In October 2020, Google launched the most recent update to its measurement platform for web analytics, named Google Analytics 4 (GA4). If you have not yet explored GA4, you must check out our post with the important details about this release. 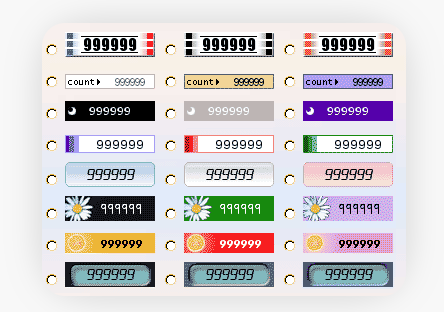 Remember those visit counters on old web pages? Well, this is pretty much the same concept.

You add a JavaScript snippet which tracks every new page load. The only difference is the snippet sends the data, to a third-party, Google Analytics, with a lot more complexity and extra information.

Urchin began under the company Quantified Systems that was founded in 1995 – even earlier than Google. This company was dedicated to providing hosting and website development services.

In 1997 the first version of Urchin was developed and by 1999 Quantified Systems was renamed to Urchin Software Corporation.

Urchin started as an internal tool to process log file data and predict bandwidth billing based on the number of visits. However, it quickly grew into something more.

Have you ever noticed those utm parameters on some URLs? Quantified Systems and Urchin were the creators. UTM stands for Urchin Tracking Module (UTM) parameters and are widely used to track traffic campaigns.

Urchin rapidly became one of the most popular tools for website traffic analysis. It was acquired by Google in 2005, rebranded to “Urchin from Google”, and became a free service.

Here’s a post of Tim Stanley from November 2005 announcing the rebranding of Google’s Urchin to Google Analytics.

Google quickly incorporated Urchin’s core functionality. It provided support for a while to the existing Urchin clients, but discontinued the product in 2012.

If you’re interested in the history of Urchin, you can check out this story written by Urchin co-founder Scott Crosby or watch this interview of co-founder Brett Cosby discussing the foundations of the company and its acquisition by Google.

In 2007, Google introduced the ga.js page tag. The urchin.js page tags continued to work, but managers were encouraged to update their existing sites with the new page tag or use it on all new installations.

At the time, the benefits were new tracking functionality, such as the ability to track e-commerce transactions in a more readable way and offering more control over tracking services.

Then, in 2009 Google announced a new Asynchronous Tracking Code snippet that made use of the same ga.js code. The asynchronous implementation allowed webpages to load faster, data collection and accuracy were improved, and errors caused by dependencies were a thing of the past.

Released in October 2012 as a beta for “large enterprises, such as Premium customers” and later opened to the public in 2013, Universal Analytics offered new tracking codes for websites and tools that gave more in-depth information about user behavior in addition to various back-end improvements. In this version, Google changed the ga.js to the analytics.js tagging framework.

In 2017, Google released the global site tag (gtag.js) code. This new library worked across Google’s site and conversion measurement products, allowing users to use only the gtag.js code to manage different products rather than managing multiple tags.

While Google recommended upgrading to the gtag.js, the previous analytics.js could still be used.

After over a year of a beta product built upon the union of App + Web properties, in October 2020 Google introduced the next generation of Google Analytics, Google Analytics 4 (GA4). While clients previously needed two platforms (GA and Firebase) to analyze both app and web, GA4 aims to unify the reporting between app and web instances.

With GA4 Google created an easy platform to help clients understand how users interact on their apps and websites in a unified way. Another advantage of GA4 is the free BigQuery export functionality, a feature that was previously available only to Google Analytics 360 users.

This is the first time where the format of the measurement ID changed from “UA-XXXXXXX-X” to “G-XXXXXXXXXX”. In order to use the GA4, users need to upgrade their tracking code to the gtag.js API, or alternatively, use Google Tag Manager. For more information about changes in this new version of the Google Analytics code, you can visit our recently published article here.

Now that you have learned a bit about the evolution of Google Analytics since the Urchin days, we can assure you that it is a very complete platform and can help your company in many advanced ways. It provides valuable information that is extremely useful for improving your website performance.

Although there are many other analytics platforms available across a range of price points, Google Analytics remains free and is the optimal solution for managing analytics matters.