Police pull over more than 50,000 drivers in a typical day. Most of these stops involve traffic violations like speeding or running a red light. The Traffic Tickets center at Justia discusses what a driver can do when this happens.

Ten years ago this month, a college football star felt a need for speed and paid the price. Nicknamed “Johnny Football,” Texas A&M quarterback Johnny Manziel captured the imagination of fans across America during the 2012-13 season. Manziel became the first freshman to win the Heisman Trophy, the highest honor in the sport. He beat a series of notable opponents, including Alabama and Oklahoma, but one thing that he could not beat was a speeding ticket. Not long after winning the Cotton Bowl in Arlington, Texas, Manziel was ticketed in another city near Dallas called Ennis. This was not his first collision with the law, since he had been arrested in the summer of 2012 after an apparent fight when he provided a fake ID.

Curiously, one of the most memorable headlines to emerge from this incident involved a municipal judge who posted about the speeding ticket on Facebook. A long-standing employee of Ennis, Judge W. Lee Johnson wrote that “even though the [Oklahoma] defense couldn’t stop [Manziel], the Ennis PD is a different story altogether.” Johnson, a Baylor graduate, then proceeded to tell Manziel to “grow up/slow down.” While he may have had a point, Johnson received a reprimand from the city manager of Ennis for publicly identifying Manziel as a traffic ticket recipient and lecturing him about his behavior. Johnson reportedly tried to apologize to Manziel, but it is unclear whether this ever happened.

Manziel apparently did not face severe consequences from this ticket, but not every driver is so lucky. Consequences of traffic tickets may include not only a fine but also potentially a license suspension. Insurance may become more costly if a driver accumulates a series of tickets. However, a driver is unlikely to spend time in jail for an ordinary violation. Sometimes they can wipe a violation off their record by completing a safety course known as traffic school, although the requirements for this option vary. The Traffic Tickets center at Justia addresses topics such as the types of tickets that law enforcement may issue and the process of contesting a ticket. 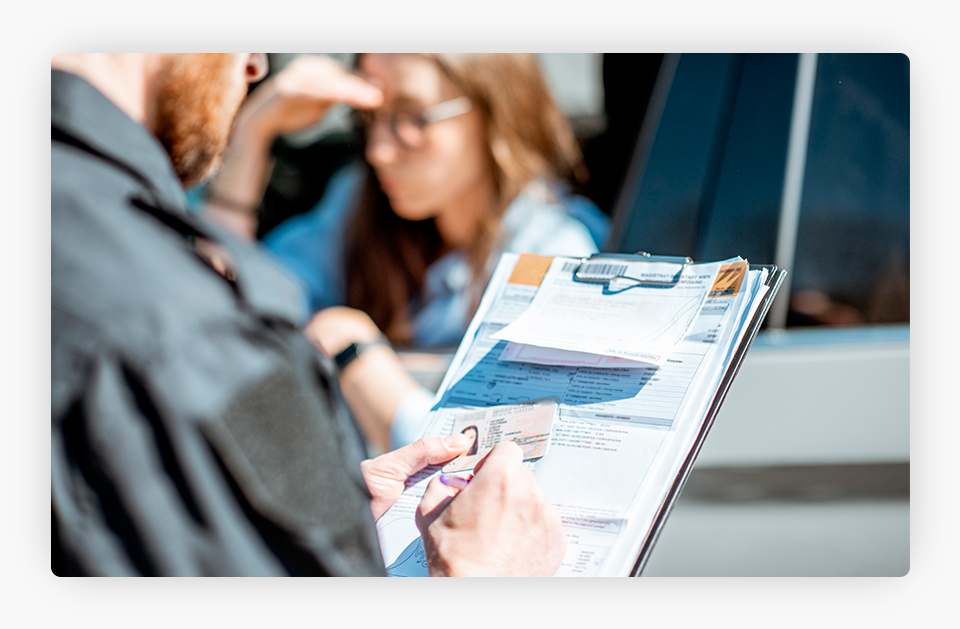 The most common type of traffic ticket is the type that Johnny Manziel received: a speeding ticket. There are three main types of speed limits: absolute, presumed, and basic. Under an absolute speed limit, a driver may receive a ticket if they exceed the posted speed limit by any amount. A presumed speed limit may allow a driver to go a little faster than the posted limit in optimal conditions, while a basic speed limit may require a driver to go more slowly than the posted limit in especially adverse conditions. Conversely, a driver may receive a ticket for driving too slowly, especially if they are not in the right-most lane.

Sometimes drivers get tickets for right-of-way violations when they break the rules that apply to places such as four-way stops, three-way intersections, or crosswalks. A related type of ticket is a red light violation, which may be hard to beat if the incident occurred in a location with a red light camera. This photographs a driver and their license plate if the driver passes over a sensor when the light is red. However, a driver might be able to defeat the ticket if the camera appears to have malfunctioned, someone else was driving their car, or they were trying to avoid an accident or respond to an emergency, for example. Not all locations use cameras, and a driver may have more options if the ticket was issued in a location without a camera.

Other commonly issued types of tickets include improper turning and improper passing. Violations related to improper turning may involve failing to signal, turning left when it is not safe, violating a U-turn rule, or swinging too wide when making a turn. Violations related to improper passing may involve putting other people on the road at risk, or performing a blind pass near the top of a hill or a blind curve. An officer also may issue a ticket when a driver changes lanes unsafely on a road with two or more lanes in the same direction.

Although many drivers do not bother to fight a traffic ticket, a driver may want to consider fighting it to avoid consequences like a license suspension or increased insurance costs. As a preliminary step, they may want to research the traffic law that they allegedly violated. Justia provides a comprehensive resource of state codes and statutes for free. A driver also may want to review cases in state courts interpreting the law at issue, especially when the wording of a statute is unclear. Justia also provides a free case law resource that includes many cases from the appellate courts of all 50 states and the District of Columbia.

Once they have researched the law, a driver must decide whether to fight the ticket. If they do not have a particularly strong defense and are eligible for traffic school, for example, fighting the ticket may not make sense. Some drivers may consider going to court and hoping that the officer who issued the ticket does not appear. The judge probably will throw out the ticket if this happens, even if the driver does not have a strong defense. This is risky, though, and an officer usually will show up if the violation was serious. 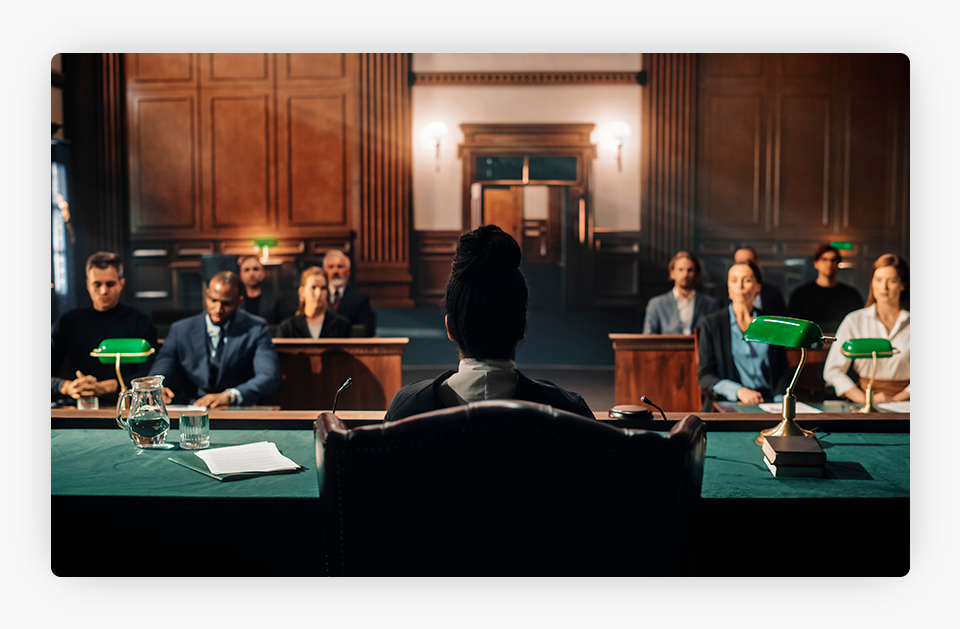 If a driver wants to fight a ticket, they generally will need to plead not guilty and then gather evidence that supports their arguments. They also can use the discovery process to get the evidence on the other side, such as the notes of the officer who issued the ticket. This can help them understand the strength of the case against them and identify any flaws that they can attack. Proceedings in traffic court often end with a settlement between the driver and the prosecutor. For example, they might agree that the driver will pay a fine but not get as many points on their license. If the driver and the prosecutor do not negotiate a settlement, the case will proceed toward trial.

Judges preside over most traffic ticket trials, although some states allow a driver to request a jury to hear their case. A driver can make an opening statement before each side presents testimony in their favor and cross-examines opposing witnesses. A driver usually will want to prepare their testimony in advance, and they may want to ask witnesses who saw the events to testify on their behalf if their impressions support the defense. The prosecution’s case usually hinges on the testimony of the officer who issued the ticket, so effectively cross-examining the officer can greatly improve a driver’s prospects of success.

Traffic ticket rules vary by state, and Justia has compiled a 50-state survey on the points system (or the equivalent) in each state, including the triggers for license suspensions. Moreover, each driver’s situation is different. Someone who has received a ticket thus may want to consult a traffic ticket lawyer in their area, who may be familiar with local judges, prosecutors, and police officers. They can advise a driver on whether and how to fight a ticket in their circumstances. In the meantime, the Traffic Tickets center at Justia provides a basic overview of key rules and issues in this area. It aims to make the law transparent and accessible to all.