Never miss an update with our new Justia Onward newsletter. Send Me Updates

The Justia Portal is home to a treasure trove of information that can help aspiring lawyers on their journey to joining the legal profession, as well as actual lawyers in their day-to-day practices. Check out this post to learn more about some of the most popular resources available on our site.

Justia’s mission is to make the law and legal resources free for all. In keeping with this mission, the Justia Portal offers free access to statutes from all 50 states, cases from federal courts and the highest state courts, legal guides, and more!

While these resources make the law more accessible to the general public, they also help aspiring lawyers just beginning their journeys into the profession and ease the early stages of legal research for practicing attorneys looking for quick access to relevant laws.

In this post, we are sharing some data about some of the most frequently viewed law schools nationwide, as well as some information about the most viewed provisions of the law and cases on our site.

Some future lawyers know immediately where they want to attend law school. Others spend a great deal of time exploring their options to determine the best fit for them. We’ve gathered the data on the law schools being viewed through Justia Law Schools over the past year and are sharing our findings with you.

Georgia, Alabama, New York, and Massachusetts are home to the five most frequently viewed law schools across the United States over the past year. Which schools made the list? 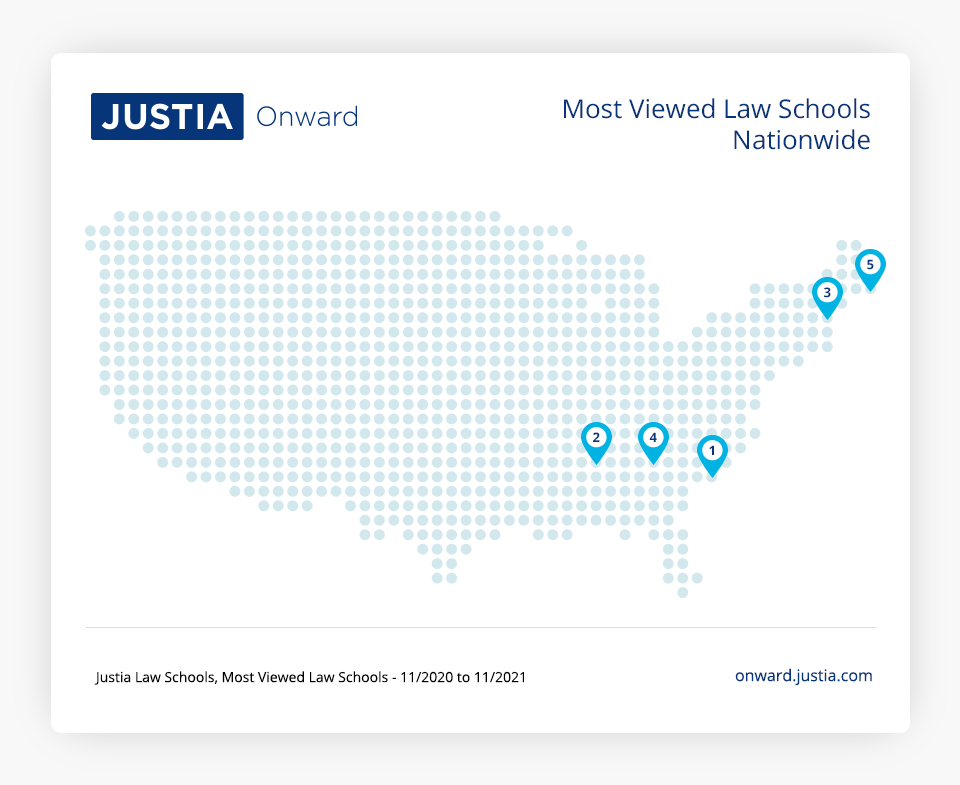 Most Viewed Law Schools By Region

Many aspiring lawyers do not perform a nationwide search for a law school. Instead, they consider schools based on where they are from, where they intend to practice, or even a new location in which they’d like to live. Therefore, we also checked the data on the most frequently viewed law schools in different regions of the United States. 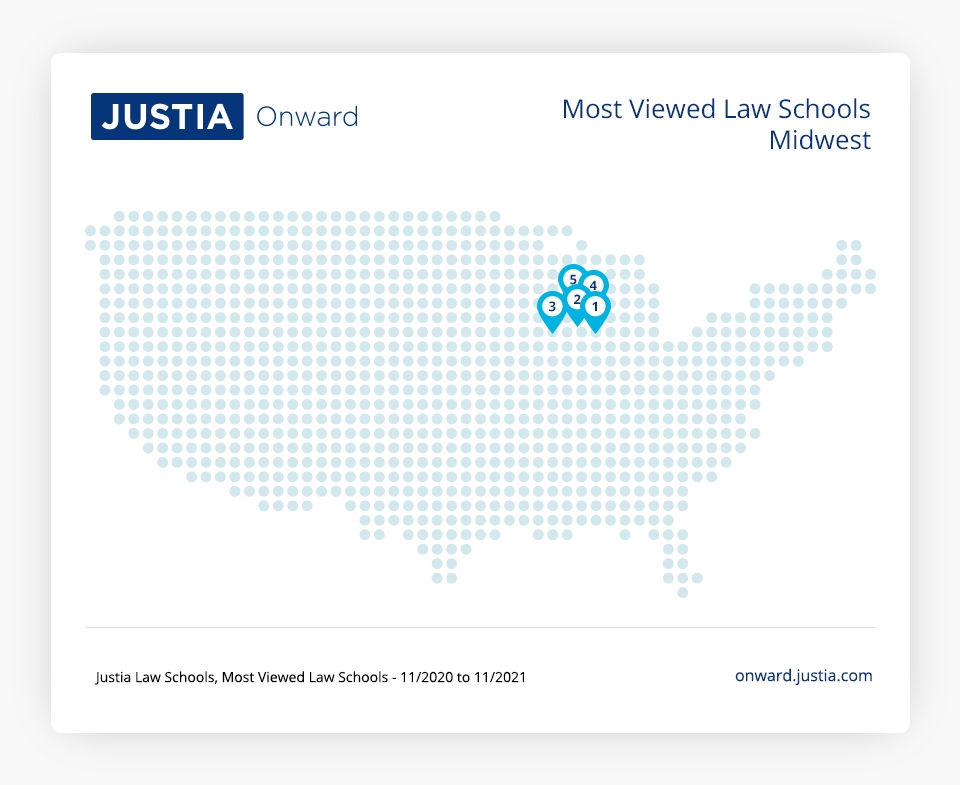 The most frequently viewed law schools on Justia Law Schools in the Midwestern United States over the last year were: 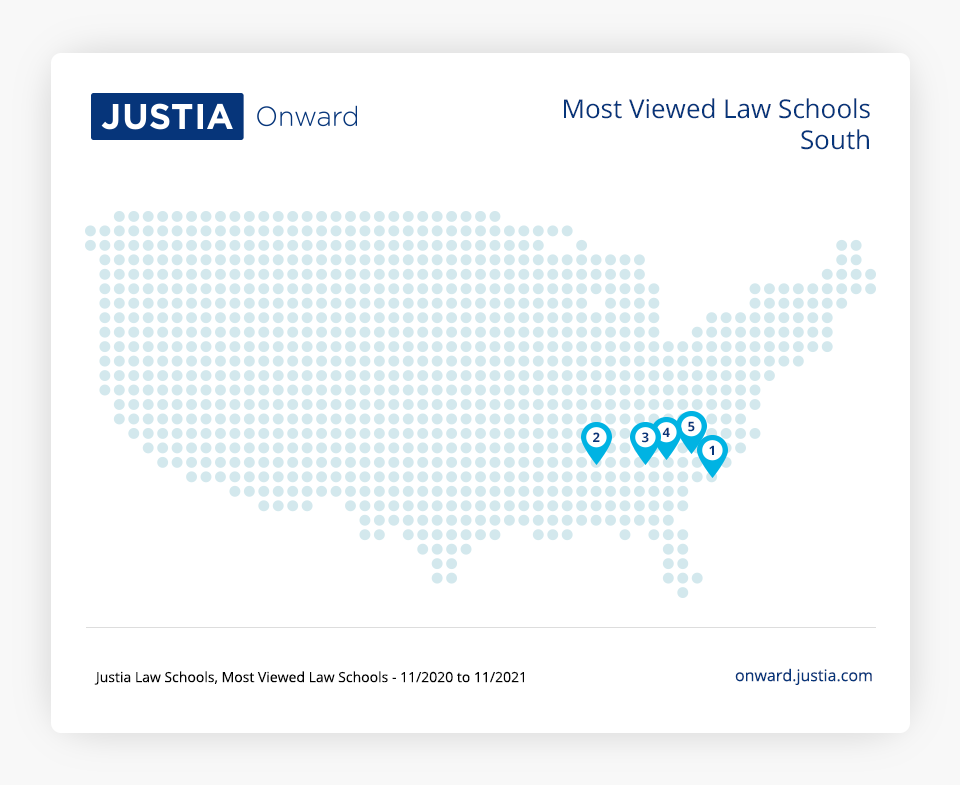 The most frequently viewed law schools on Justia Law Schools in the Southern United States over the last year were: 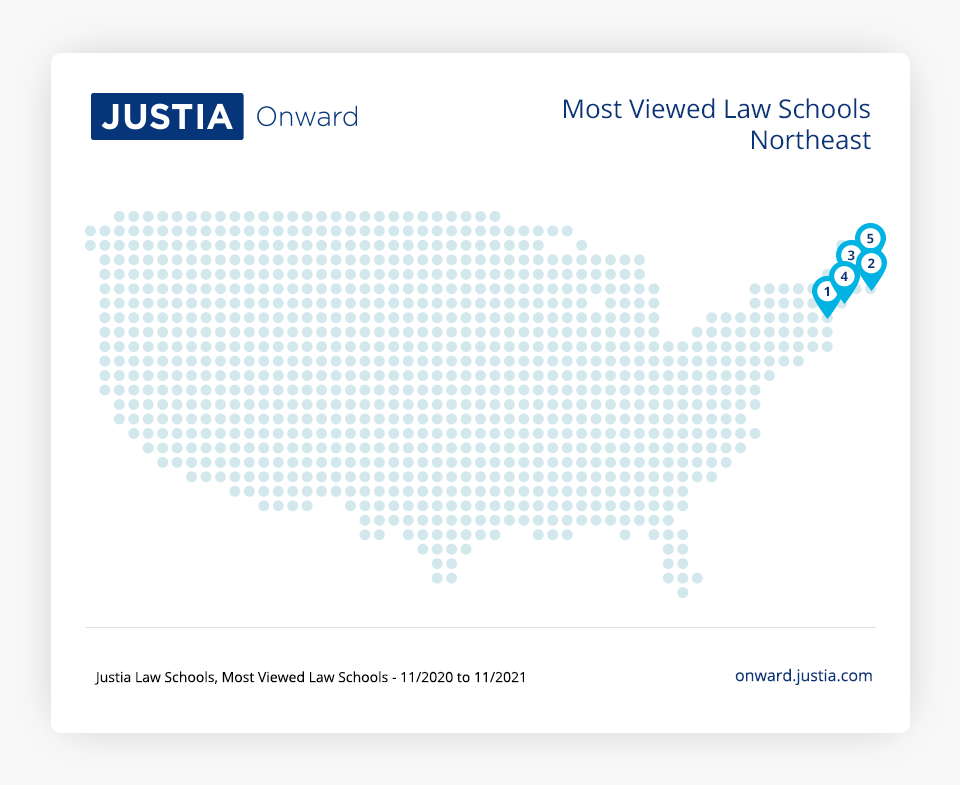 The most frequently viewed law schools on Justia Law Schools in the Northeastern United States over the last year were: 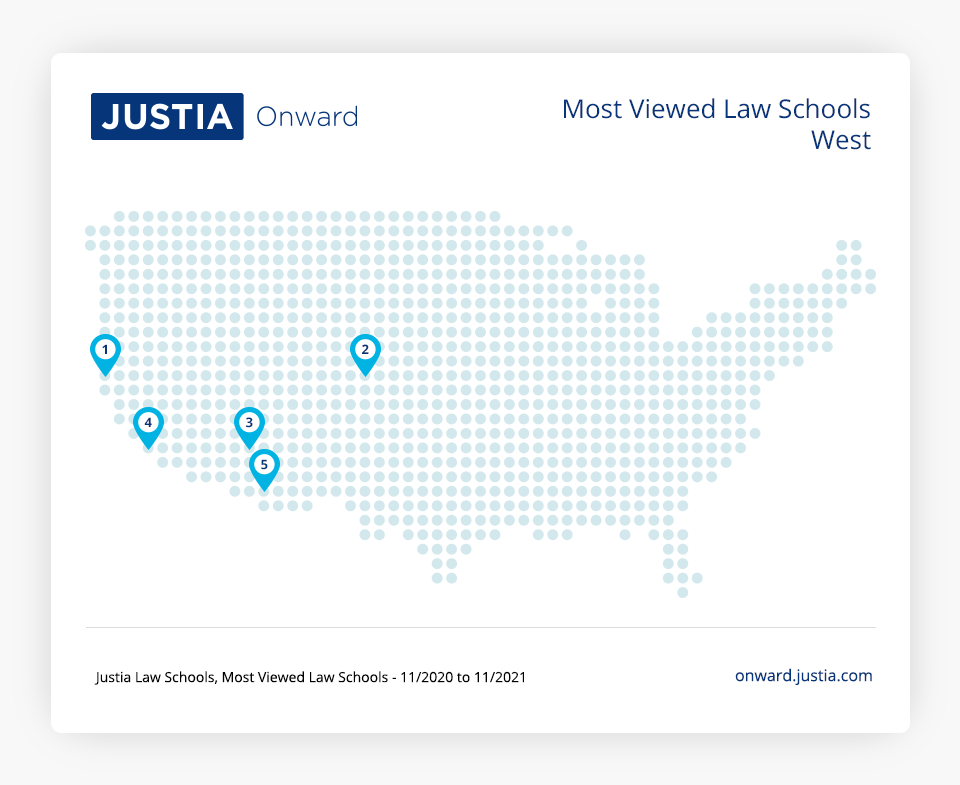 The most frequently viewed law schools on Justia Law Schools in the Western United States over the last year were:

The Justia Portal includes thousands of provisions of the law, from federal law to state statutes and codes. Our site also includes free access to hundreds of key cases from U.S. jurisprudence. To make the law more readily understandable, we even offer the Justia Annotations platform, where licensed attorneys can annotate state and federal case law. These resources are valuable for law students, lawyers, and consumers alike.

Most Viewed Portions of the United States Constitution

We took a look at the most viewed provisions of the United States Constitution on our site over the past year, including the various articles and the amendments. Check out the list below: 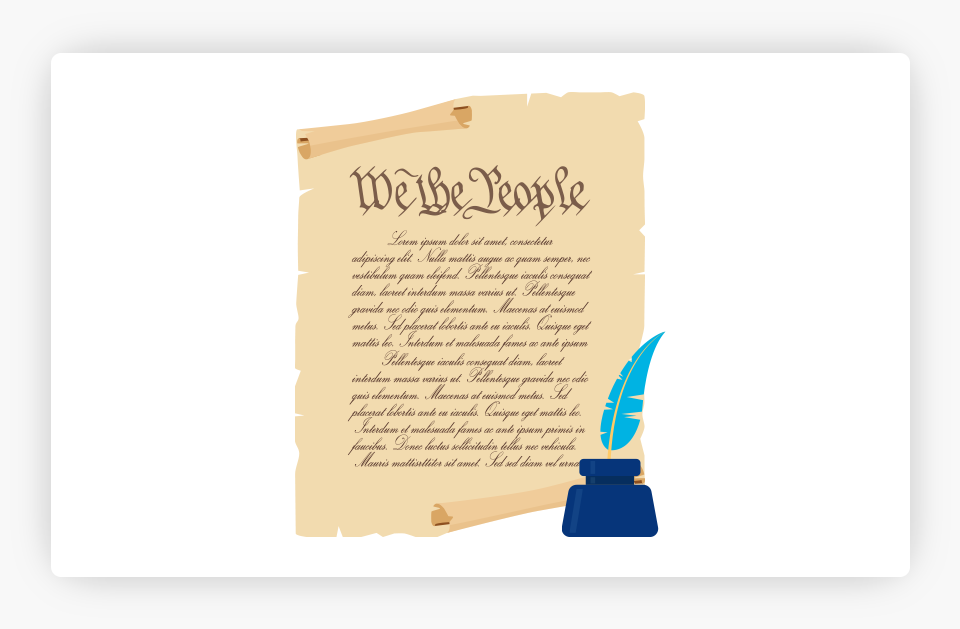 Article I of the United States Constitution, which discusses the legislative branch of the federal government in detail, was the most viewed constitutional article over the past year. 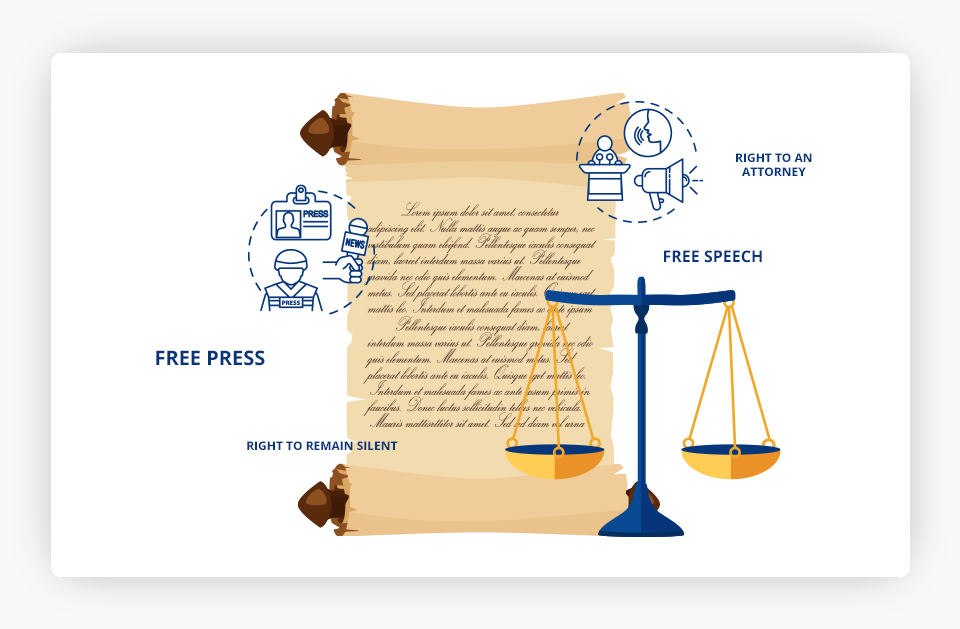 Most Viewed Provisions of the United States Code 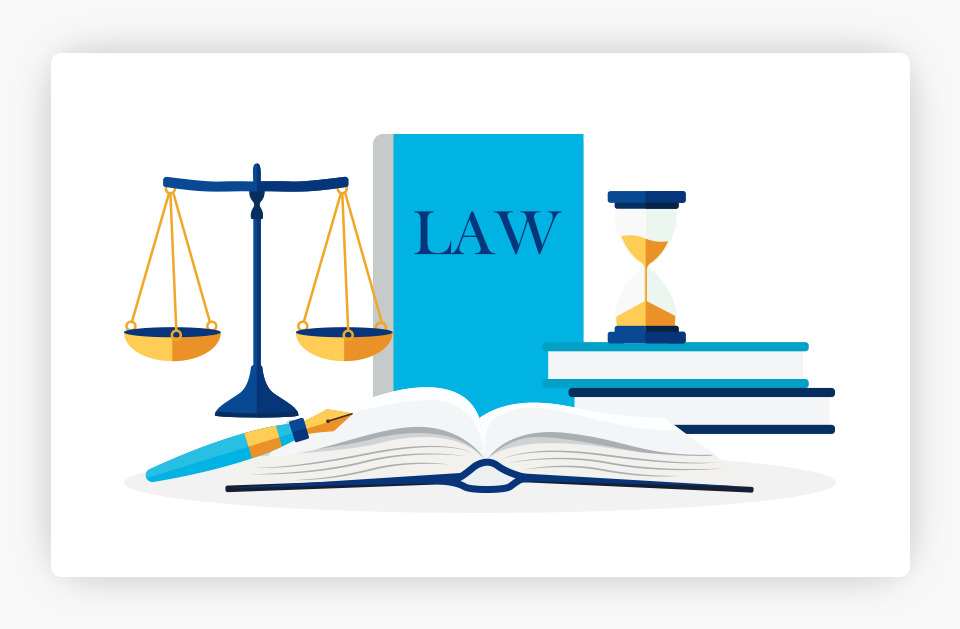 We also checked out the five most commonly viewed provisions of the United States Code on our site over the past year. These provisions included some classic sections frequently discussed in law school classrooms, as well as sections that are likely encountered by lawyers in the course of their practice. What were the five most viewed sections of the U.S. Code? 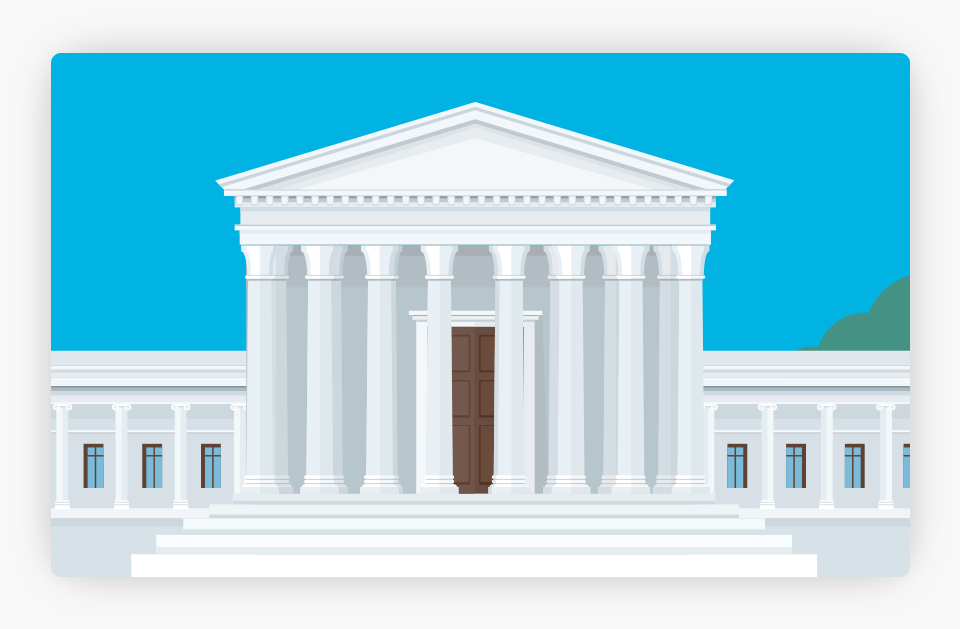 In addition to looking at commonly viewed provisions of the law on our site, we checked out some of the most viewed United States Supreme Court cases over the past year. From cases discussing issues that are highly relevant in the Covid-19 era of mandatory vaccinations to timeless precedents, here is the list: 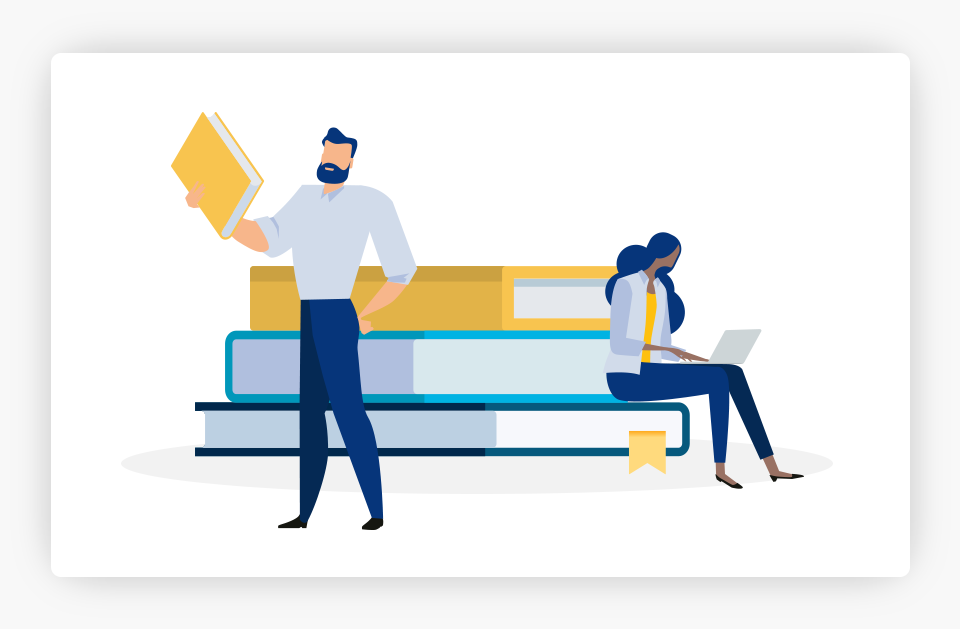 As previously mentioned, licensed attorneys can annotate cases through Justia Annotations. These annotated cases improve the readability and usefulness of the jurisprudence for others who are less familiar with the law, such as many law students and consumers. The most frequently viewed annotated cases on the Justia website over the past year were:

When consumers, future lawyers, and current lawyers have access to key resources to guide them as they research and gain a better understanding of the law, the legal system becomes more open and accessible for all. You can get started exploring the various resources available through the Justia Portal today!