Generations of lawyers have aspired to leave a legacy by achieving named partner status at a large law firm. However, recent trends in legal marketing are leading to shorter and shorter firm names – either legally or for branding purposes.

Increasingly short company names are nothing new to the marketing world. In 2007, Apple Computer became Apple. In 2010, NPR became the new moniker for National Public Radio. That same year, the YMCA rebranded as “the Y”. The list of branded name changes continues on and on: from Kentucky Fried Chicken to KFC, Dunkin Donuts to Dunkin, Huffington Post to HuffPost, and more.

Law firms have been no exception to the continual shortening of company names. At one time, it was commonplace to see firm letterhead with four, five, six, or more named partners listed at the top. However, that is no longer the case.

Keep reading to see the evolution of the names of 14 well-known law firms, as well as our recommendations on whether you should revisit your own firm name. 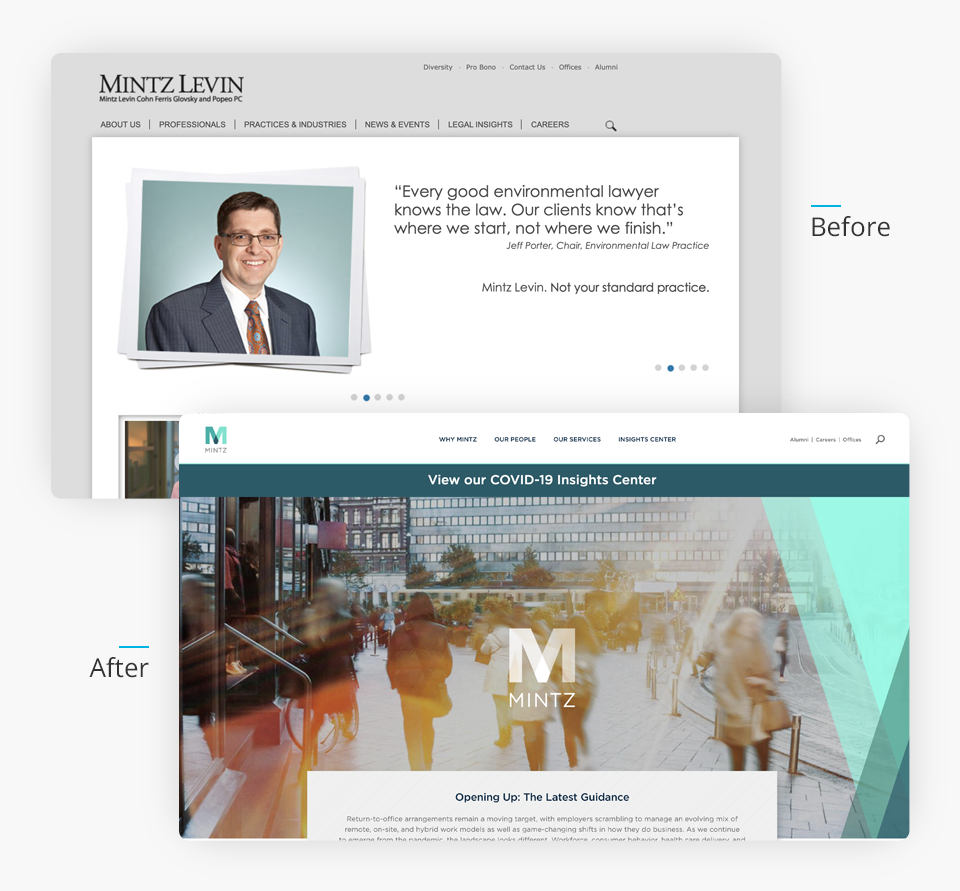 Mintz, an AmLaw 100 firm with over 500 attorneys and eight offices spread throughout the United States and the United Kingdom, was once known as Mintz, Levin, Cohn, Ferris, Glovsky, and Popeo before their rebrand. Despite rebranding to simply Mintz, the firm did retain its longer name as a legal name. 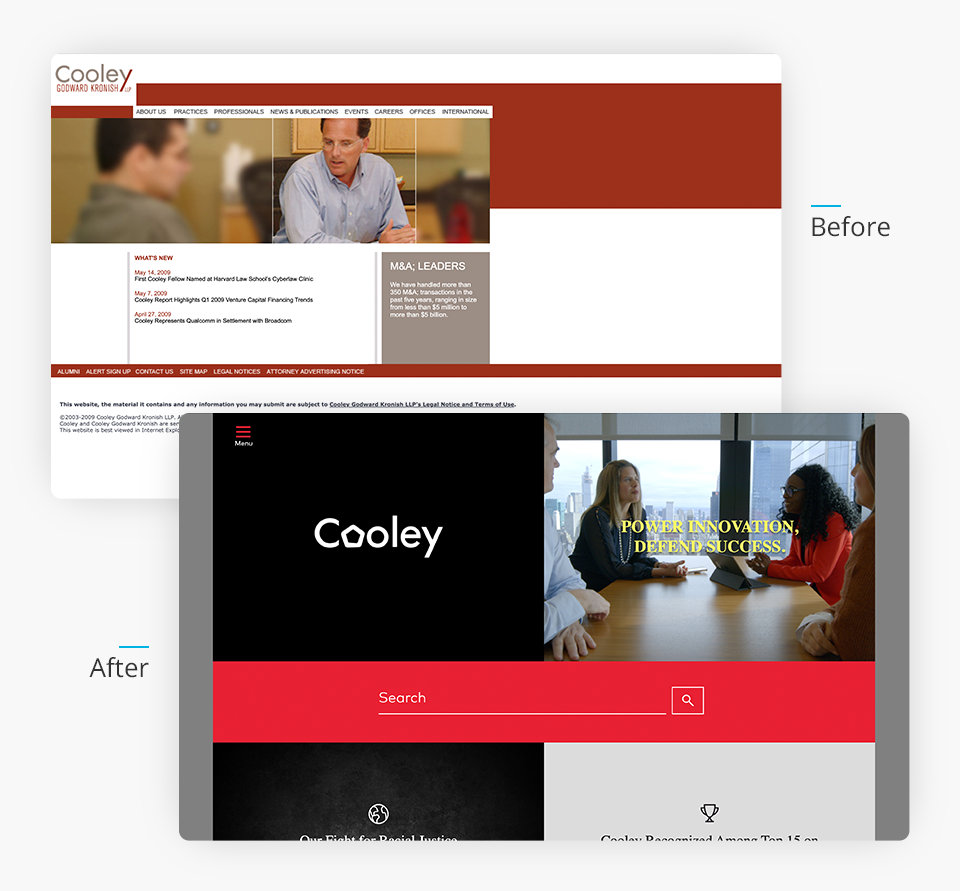 Cooley is another large, AmLaw-ranked law firm with approximately 1300 lawyers in offices across the United States, Asia, and Europe. At times in its history, the firm had up to six named partners listed in the firm name. However, it was most recently known as Cooley Godward Kronish before shortening its name to Cooley in 2010. 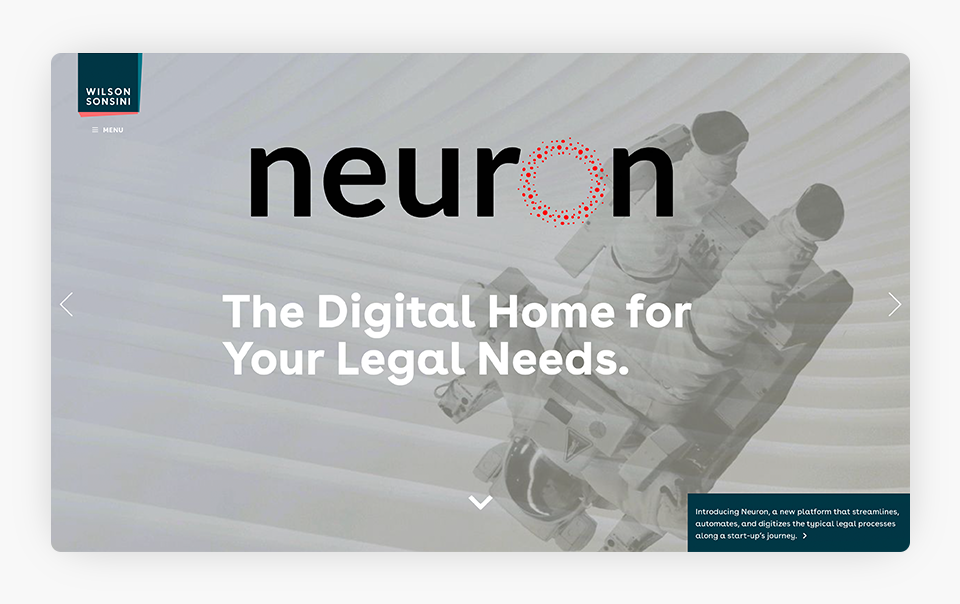 Wilson Sonsini is a firm with six decades of history in the Silicon Valley and technology industry. In approximately 2019, the firm launched a new website and shifted its branding to Wilson Sonsini, but retained the longer legal name, Wilson Sonsini Goodrich & Rosati. 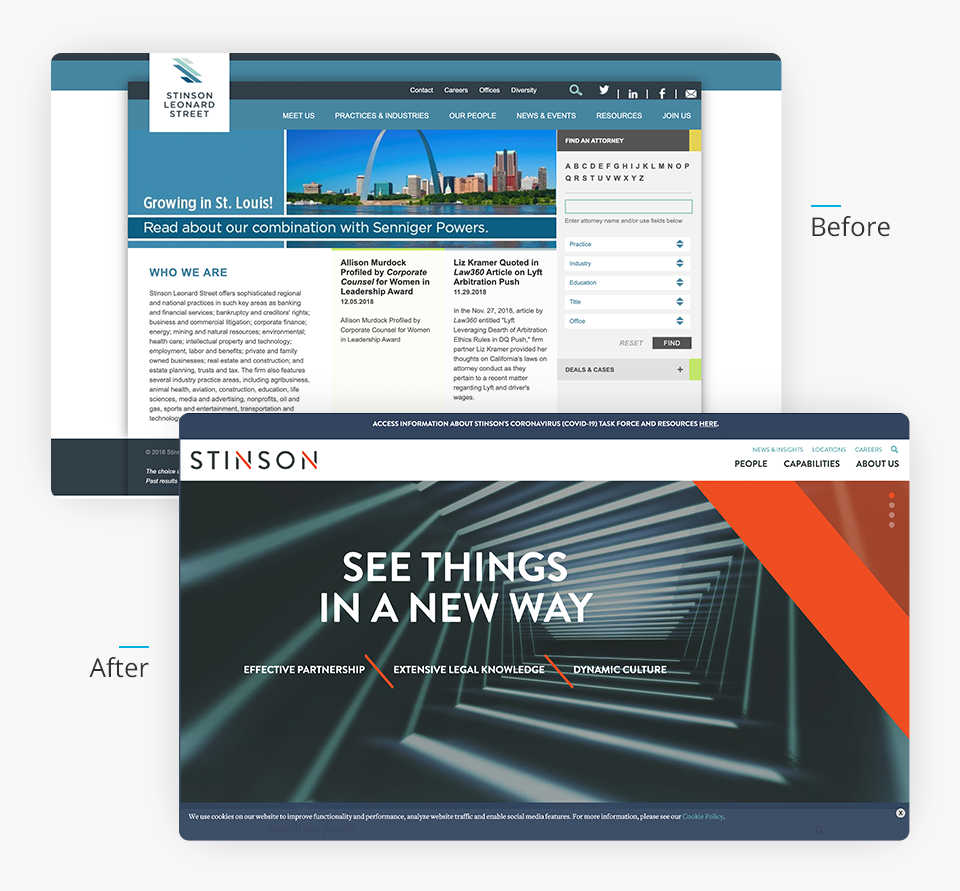 Stinson, an AmLaw 200 firm with 13 United States offices and 450 attorneys, was known as Stinson Leonard Street as recently as 2019. However, the firm has since shortened to simply “Stinson” and is now Stinson LLP. 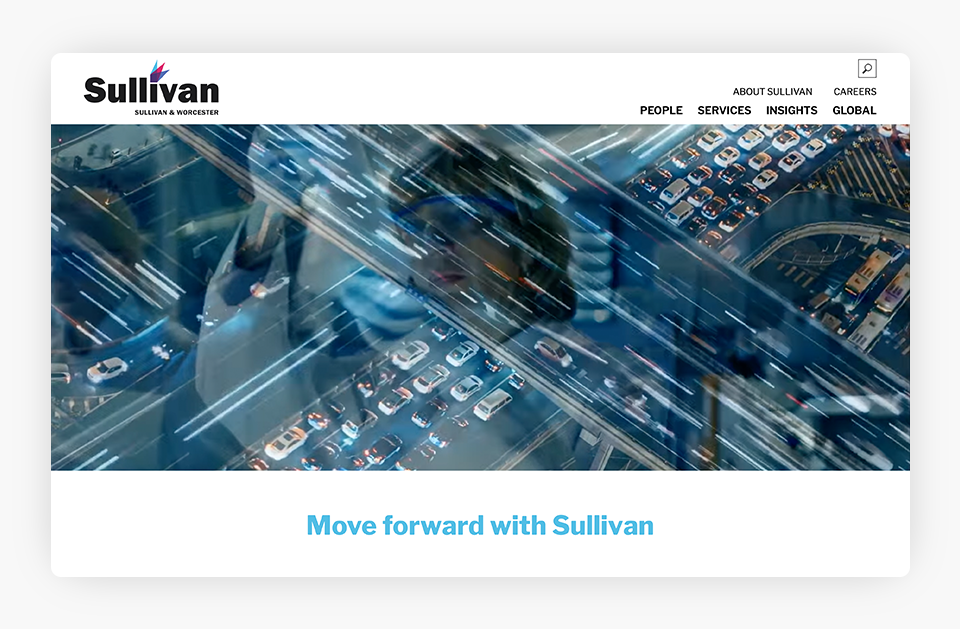 Sullivan is a global law firm with approximately 220 attorneys, three U.S. offices (Boston, London, Washington D.C.), and two international offices (London and Tel Aviv). While the firm has not completely abandoned its former name (Sullivan & Worcester LLP), it redesigned the logo and announced its new campaign to be known as simply “Sullivan” in 2019. 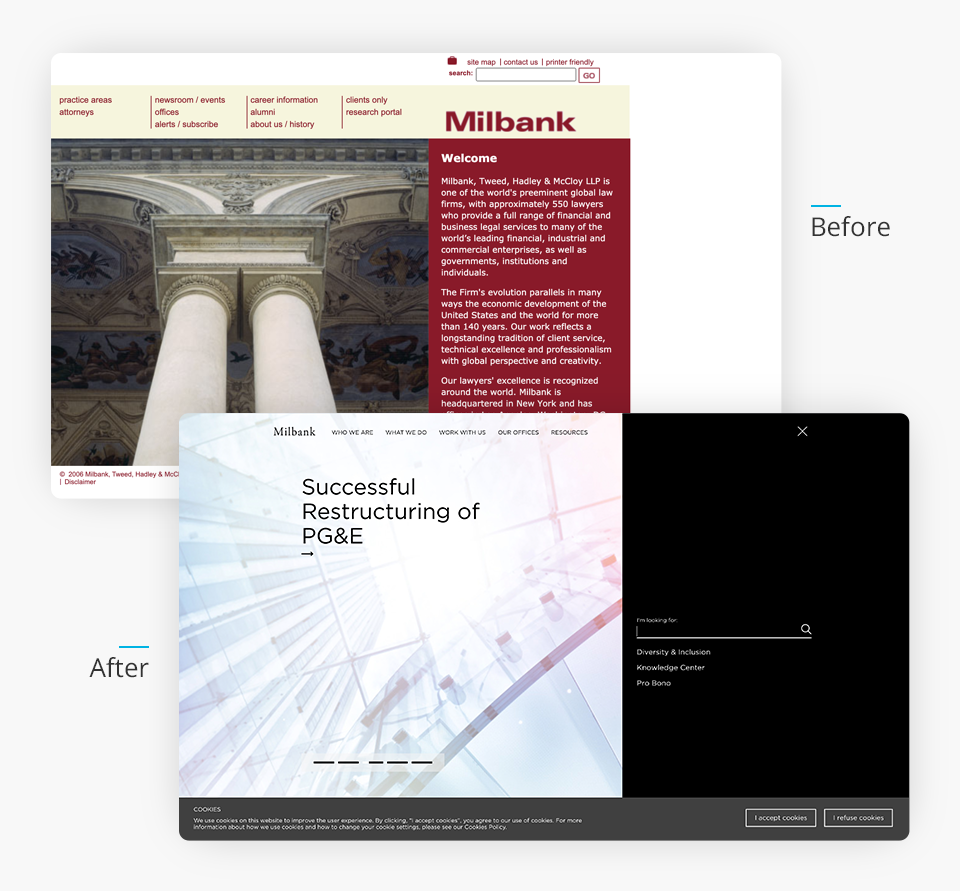 Milbank, a 100+ year old firm boasting twelve offices across the United States, Asia, and Europe, was formerly known as Milbank, Tweed, Hadley, & McCloy LLP. When the firm announced its name change to Milbank LLP, chairman Scott Edelman said there was “no connection” between the current lawyers and the names the firm would leave behind. He also proclaimed that he no longer considered Milbank a “Wall Street firm.” 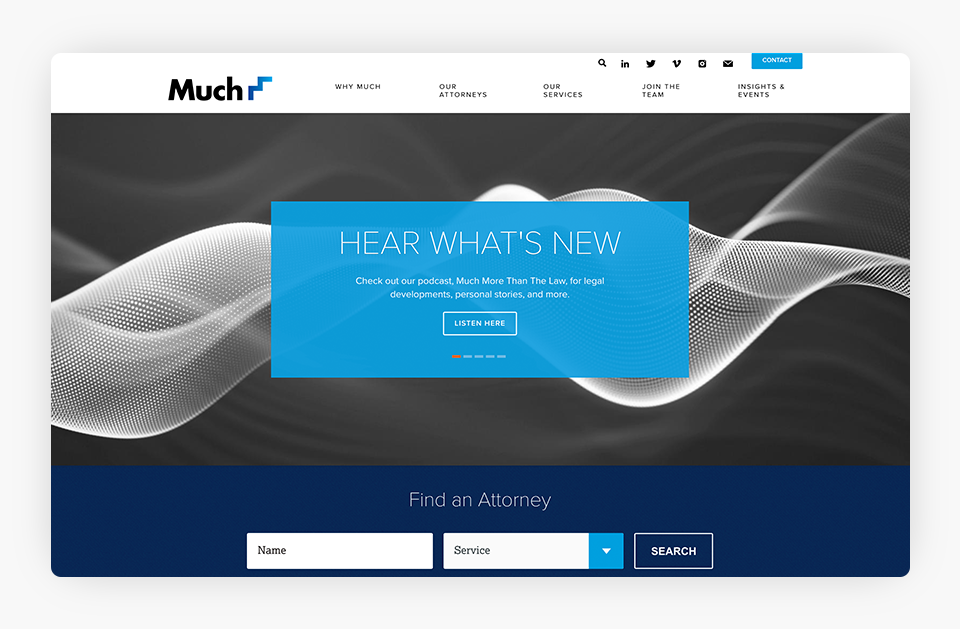 Founded in 1970, Much is a U.S. law firm participating in a larger global network through Ally Law. In 2018, the firm announced it would rebrand as “Much”, while retaining the firm’s legal name, Much Shelist, P.C. 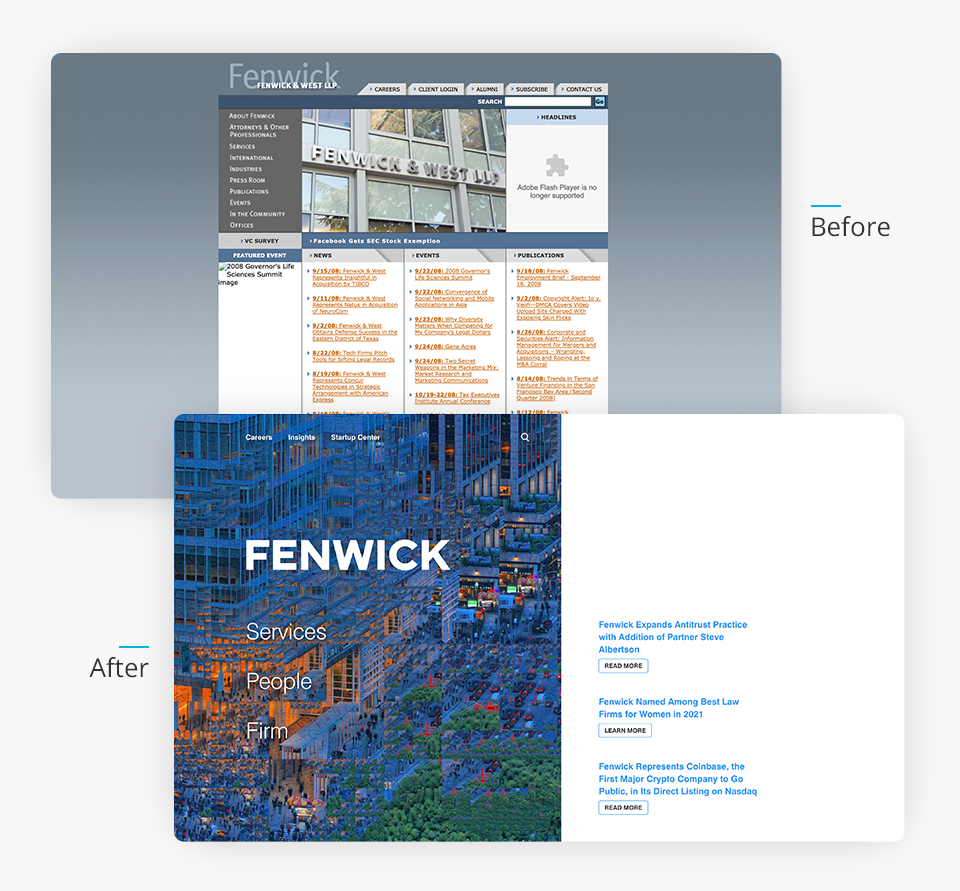 Despite still being legally named Fenwick & West LLP, within the past 15 years this large law firm has embraced the shortened name “Fenwick” in its branding efforts. With offices in the United States and Asia, the firm employs approximately 400 attorneys and is well-known for its work with technology and science companies. 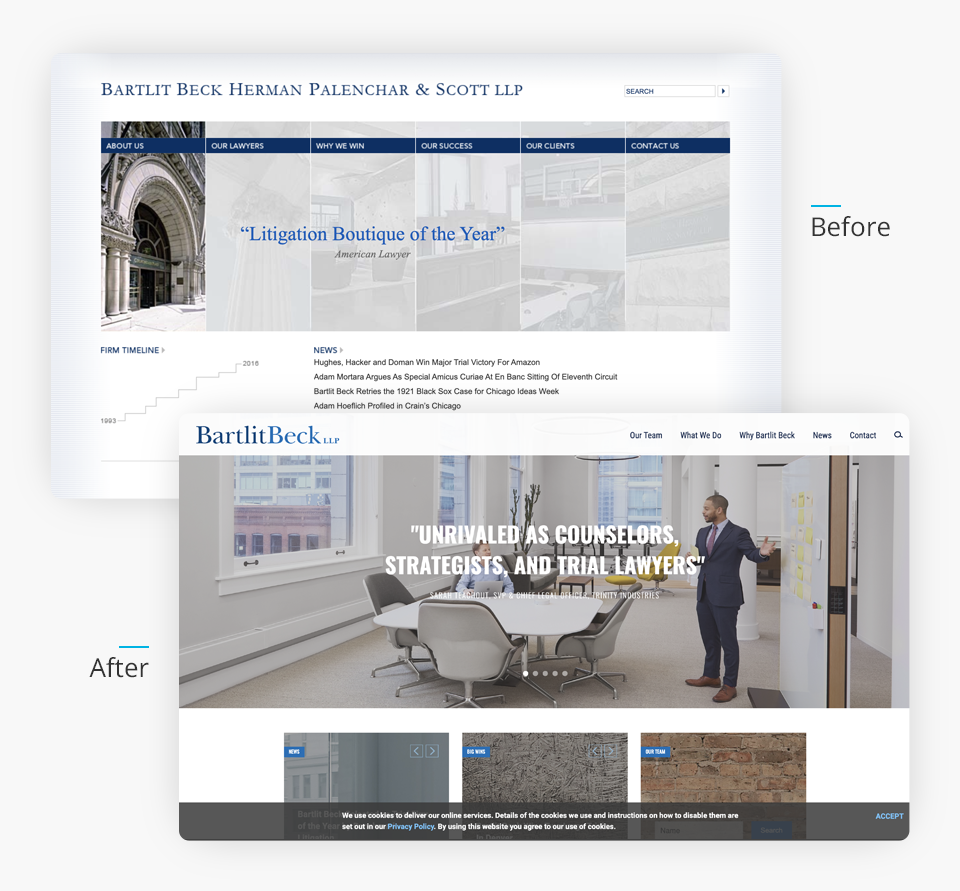 While perhaps smaller than some of the other firms on this list, Bartlit Beck has earned a strong reputation in both trial litigation and corporate transactions. The firm also followed the shortening name trend in 2018 with a change from Bartlit Beck Herman Palenchar & Scott to its (relatively) new Bartlit Beck. 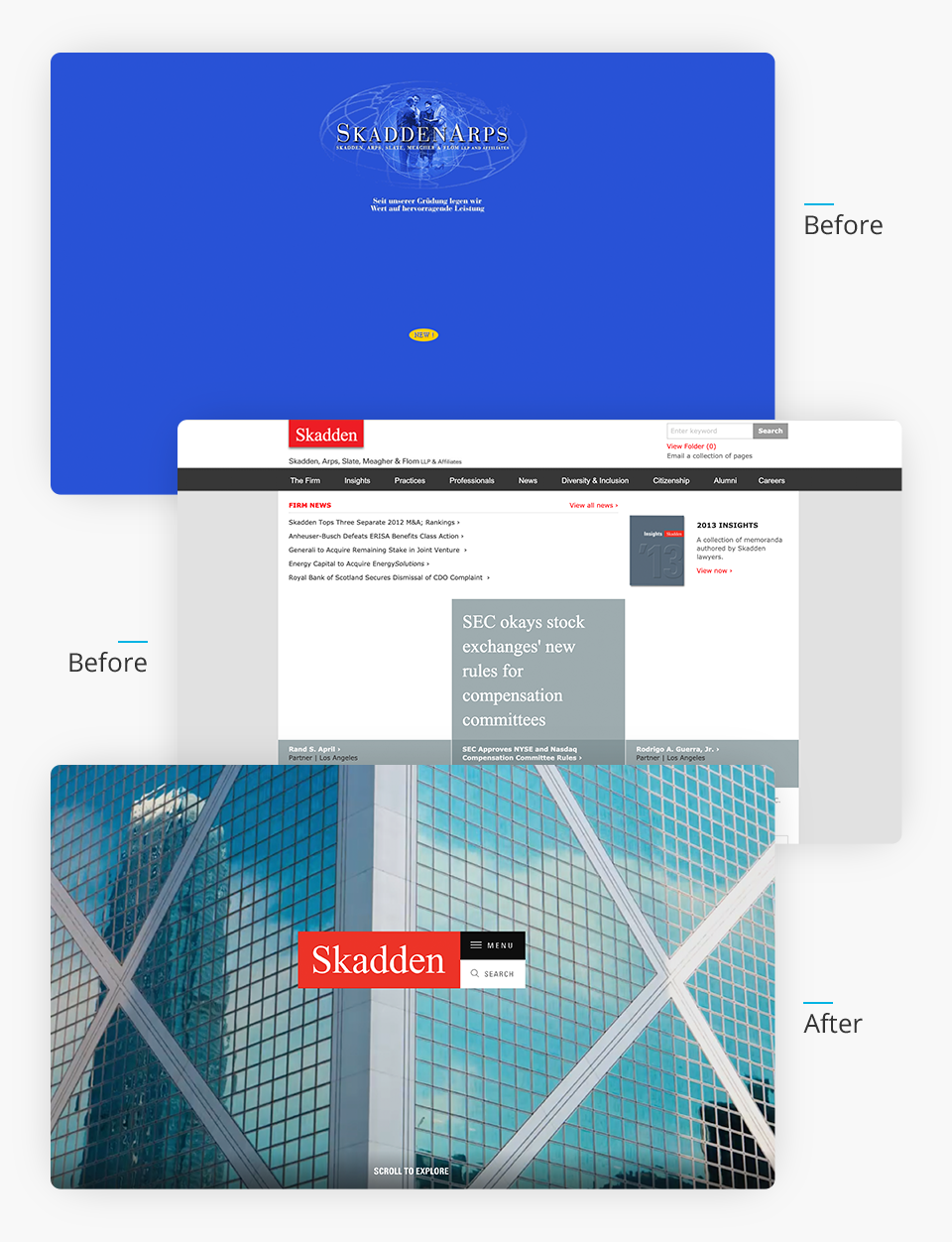 Skadden is one of the most well-known firms in the world, consistently appearing on the AmLaw 100 list and maintaining 22 offices (combined domestic and international). Despite being formally named Skadden Arps Slate Meagher and Flom LLP, the firm is commonly referred to as Skadden. As illustrated by the firm’s changing website over the past 21 years, this shortened brand name is something that the firm has embraced more and more over time.

Despite retaining its full legal name, Wilmer Hale was relatively early to the party by shortening its branded name from Wilmer Cutler Pickering Hale and Door (a name formed from the merger of two firms) to the moniker WilmerHale in 2005. The firm has approximately 1,000 lawyers today working in 13 offices throughout the United States, Europe, and Asia. 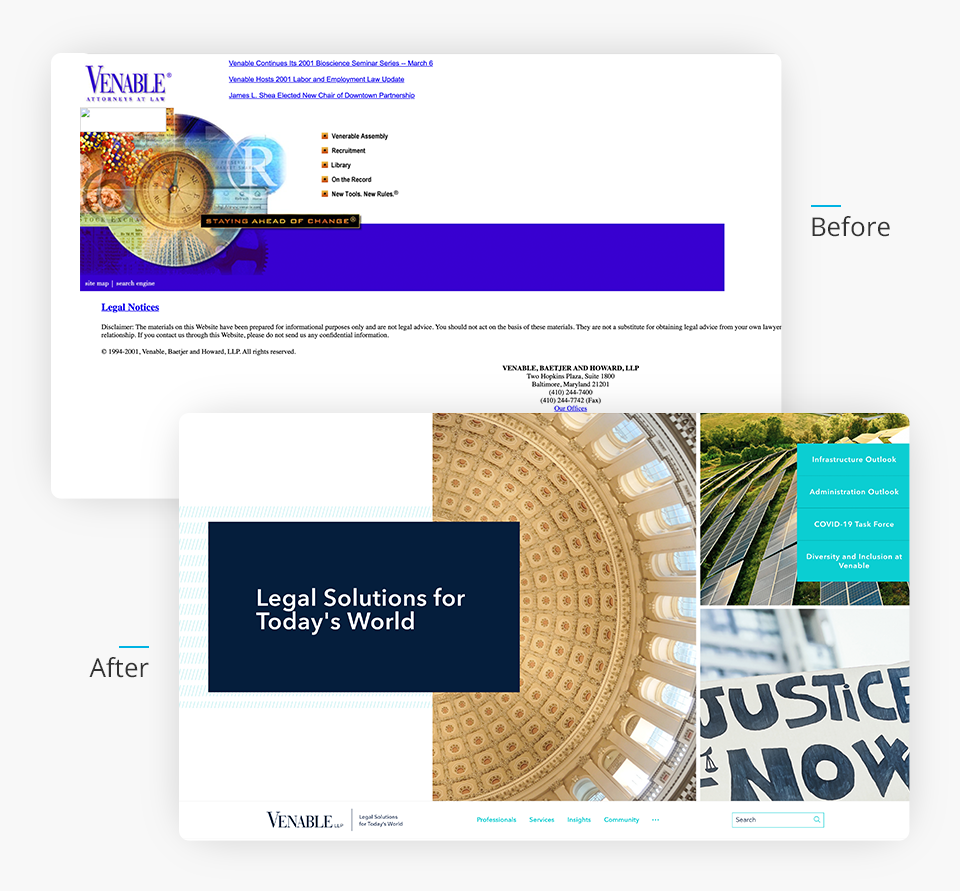 Venable, an AmLaw 100 firm with 10 offices, was also ahead of the curve in deciding to formally shorten its name in approximately 2003. While the firm’s legal name was Venable, Baetjer, & Howard before the switch, clients, the community, and even the firm itself frequently referred to the practice as Venable, so much so that the firm’s then-chief marketing officer acknowledged that the formal name change was a function of matching the firm’s name to what people called it. 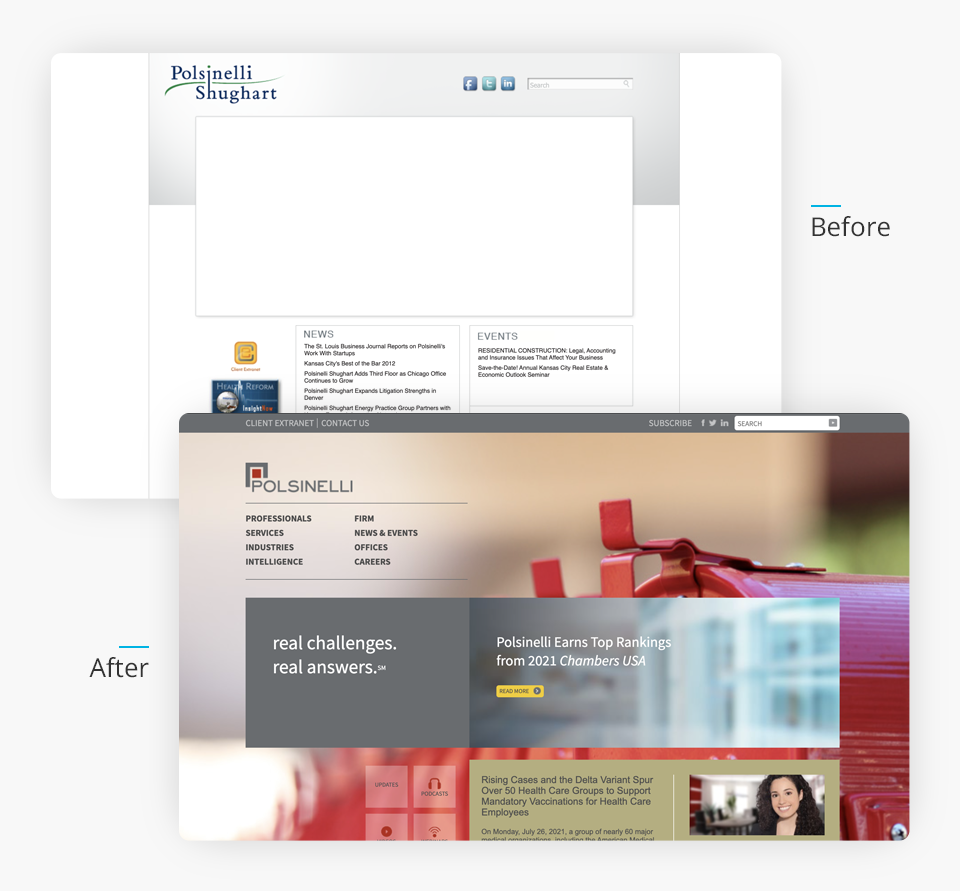 Polsinelli is an AmLaw 100 firm with 900 attorneys located in 21 offices. Throughout its history, the firm had various names, including Polsinelli Shalton Flanigan Suelthaus and Polsinelli Shugart before shortening to simply Polsinelli in 2013. 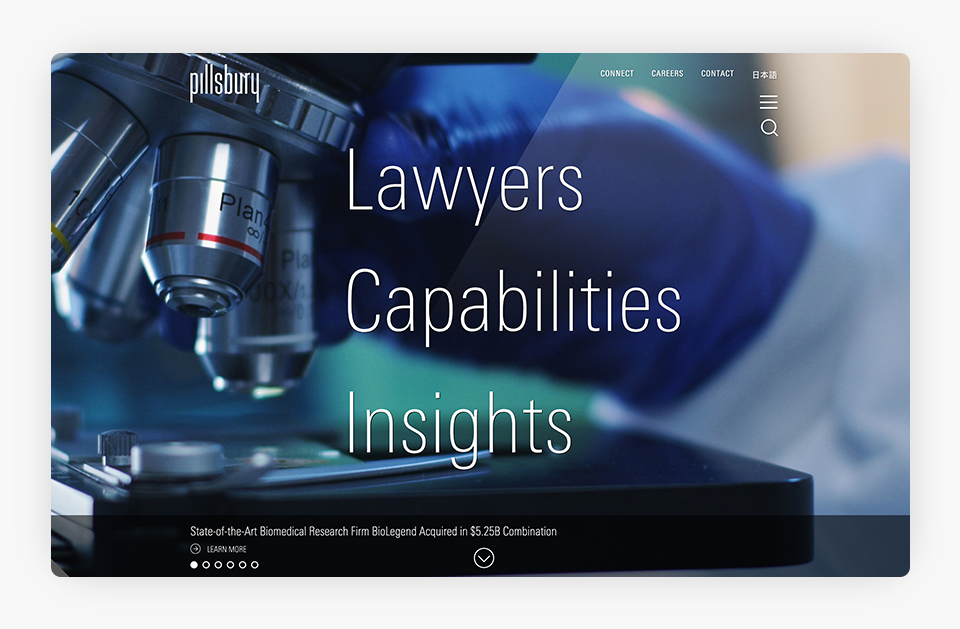 Pillsbury is a global firm with 20 offices spread across the United States, Europe, and Asia. The current version of the firm was formed in the early 2000s via mergers, but it traces its roots back to the 1800s and has spent its 100+ year history at the forefront of legal innovation. Despite being commonly referred to by its branded name, Pillsbury, the firm retains its longer legal name of Pillsbury Winthrop Shaw Pittman LLP.

Should You Shorten Your Firm Name?

If your law firm is known by more than one or two names, you may be wondering whether you should shorten its name too. In short, the answer is probably – at least if you are interested in strengthening your firm’s long-term branding strategy.

As acknowledged by the marketing teams at Venable and Polsinelli in their statements following firm name changes, people are likely already referring to your firm with some shortened version of your longer firm name. Moreover, streamlined firm names help you create a memorable firm identity by easing the process of building brand equity.

As a practical matter, you can more readily include a shortened name in logos and on marketing collateral. It is easier to build catchy slogans, taglines, and marketing campaigns around these shorter terms. For example, Katten (previously known by its formal name Katten Muchin Rosenman LLP) has created the “That’s Katten” campaign.

Attorneys and employees can more easily use a shortened name when discussing your practice in the community, and clients are better able to remember short names. For instance, is it easier to tell someone your company uses Skadden or Skadden, Arps, Slate, Meagher & Flom LLP?

These small things all compound to help create a stronger, more consistent brand identity for your law firm.

However, it would be a mistake to not acknowledge that rebranding can also be a difficult process. Rebranding often becomes a long-term effort to reposition your firm’s identity in your community, especially if you have already built a strong reputation. Additionally, you have to consider the different ethical rules that may apply to your firm’s official name, as well as any shortened or branded names you may use.

As an added complication, if you practice in a firm where the named partners are all still actively involved with the firm, it may be difficult to navigate the process of determining whose name will no longer be used in public firm marketing materials. This friction can be hard to navigate.

Nonetheless, these challenges are not insurmountable. By working as a team, you can effectively develop a plan for rebranding and shortening your law firm name to position your brand for future success. Once your firm makes it through the growing pains, your brand will likely be better for it in the long run.

Should you decide to make the switch to a shorter firm name, be sure to be cognizant of all of the places you need to make a change. Of course, you will need to update logos, letterhead, signage, and marketing materials. However, you also need to make sure you update your directory listings across the internet and all web properties, as name, address, and phone consistency are very important for SEO and online visibility.

While it may be easy to simply look at these branding trends and joke that this is a bad time to be a second, third, or fourth named partner at a large firm, the fact remains that shortened law firm names have emerged as one of the top ways to build your firm’s brand identity. While you certainly do not have to change your firm name if you don’t think it is the right decision for your practice, you should strongly consider the long-term benefits a shortened name may have for your firm’s recognition in the community and larger growth efforts.