In this article in The Collaborative Law Firm series, we tackle video conferencing solutions to help you meet with your colleagues face to face even when you are far apart. Check it out for summaries of six different platforms for teleconferencing, as well as an open source option.

In this series so far, we’ve covered phone systems, fax machines, email, instant messaging, chat systems, and document sharing. All of these systems and services are meant to help foster communication with your coworkers and with your clients, and they all serve vital purposes in helping you communicate, but sometimes you need to meet face to face. Video conferencing allows you to talk to others face to face in real time across great distances.

In this post in the Collaborative Law Firm series, we cover several popular video conferencing services that can help your team feel closer together, even when they are far apart. Many of these services have already been mentioned in previous issues, since the video conferencing system comes as an additional benefit with other services. 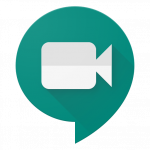 Hangouts Meet comes free with all paid versions of GSuite, although there are some differences between the different versions of GSuite. Users of the Basic Edition of GSuite ($6/user/month) can have up to 100 participants in a meeting. The GSuite Business Plan ($12/user/month) increases that to 150 participants, and the Enterprise plan ($25/user/month) bumps it up to 250 active participants, as well as offering the chance to live stream meetings to up to 100,000 people and giving you the ability to record videos of the meetings to re-watch later.

All three editions include the ability to share an application window or your entire screen from your computer, allowing you to use the hangout for demonstrations, technical support, and giving presentations.

Users can participate on their computers by using Chrome (or Chromium-based browsers), or by using Hangouts Meet mobile apps that are available for both iOS and Android. Want to have meetings in your conference room on a big screen? You can purchase Hangouts Meet Hardware packages designed specifically for meeting rooms.

Google also offers a special hardware package called Jamboard, which connects to your hangouts meet meetings and acts as an interactive whiteboard. If you have jamboards in both locations, you can even have people in different conference rooms collaborating on a joint board.

Google Hangouts Meet is also interoperable with Microsoft’s Skype for Business, as well as more classic Telepresence hardware solutions that use either SIP or H.323 standards. 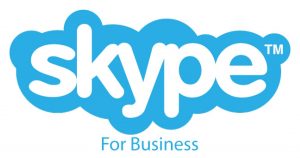 Skype was one of the first big names in low-cost voice and video conferencing. It was so popular in its early years that in 2011, Microsoft purchased Skype for $8.5 billion. Not long after purchasing it, Microsoft began work on integrating Skype with their own systems and services. For businesses, Microsoft added a version of Skype to their Office 365 suite as a meeting solution for business customers.

Skype for Business saw great success entering the space, and it remains to this day a powerful option, with hardware and software integration from a variety of providers, including headsets and desk units from Plantronics, and Desk and Conference phones from Polycom.

Microsoft Teams supports meetings with up to 10,000 participants and is suitable for a variety of situations, ranging from one-on-one meetings to webinars with thousands of people watching in real time. All versions of Microsoft Teams except for the free version also support recording meetings for later viewing. 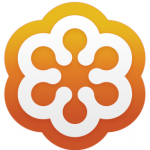 In 2003, Citrix, a company that had been providing business software since 1989, acquired ExpertCity, a company that provided a remote desktop application called GoToMyPC, as well as a similar remote-support system called GoToAssist (now known as RescueAssist). Within a year of acquiring these, Citrix created the third application in the GoTo suite of services, GoToMeeting. In 2016, Citrix spun the GoTo family of services out to a subsidiary called GetGo, and in 2017, GetGo was merged to become a subsidiary of LogMeIn, a company that specializes in IT management services.

GoToMeeting supports desktop sharing, meeting management, and video conferencing. As a completely standalone service, it can cut costs because use of GoToMeeting is charged only to the users who can organize and schedule meetings. You do not need to be a paid member in order to join a meeting that has already been organized.

GoToMeeting plans start at $12/organizer/month, with support for the base platform supporting 150 participants at once, as well as higher level plans to add features such as recording, transcription, and keyboard and mouse sharing. An Enterprise plan exists for companies that need to be able to link with external H.323 or SIP solutions.

WebEx was founded back in 1995 as one of the earliest internet video conferencing solutions. It was purchased by Cisco in 2007 and is still one of the best known names in the video conferencing space to this day. Like GoToMeeting, Webex (Cisco changed the capitalization after they purchased the company) charges based on “hosts” who are able to organize a meeting. Participants can join a meeting without a cost. Webex plans start free for meetings with up to 50 participants and a hard cap of 40 minutes per meeting. Organizations who need longer meetings and additional features, such as transcripts and custom links, can upgrade to a Starter plan at $13.50/host/month.

The Plus plan ($17.95/host/month) increases the number of participants in a meeting up to 100 and adds support for alternate hosts and the ability to support having a third party schedule meetings on behalf of the host. The Business plan ($26.95/host/month with a minimum of five hosts) increases the participant count to 200 participants and allows the platform to be whitelabeled, removing almost all the Webex branding.

Zoom Video Communications was founded in 2011 by Eric Yuan, one of the lead engineers from WebEx. The service was officially launched in January 2013 and grew quickly to become a powerhouse in the telecommunications space. Like Webex and GoToMeeting, billing for Zoom is based on hosts. A free plan supports up to 100 participants in a meeting up to 40 minutes, with one-on-one meetings of unlimited length. Beyond the time limitation, the free plan is fairly feature-rich, supporting telephone dial-in, screen sharing, and recording of the meetings.

The Pro plan ($14.99/host/month) removes the 40-minute time limit and adds a number of reporting and administrative features, including recording. The Business plan ($19.99/host/month with minimum of 10 hosts) increases the participants to 300 and adds support for white labeling the platform.

Businesses who want dedicated conference room solutions can add Zoom Rooms to their subscription at a rate of $49/room/month (with a discount on the Enterprise plan). Zoom Rooms has solutions for a variety of room sizes and, with multi-screen support, can make it easier to do a presentation while also seeing all the participants of the meeting. Zoom Rooms for Touch allows you to use large touch screens as virtual whiteboards that are shared in real time with participants of the meeting. If you have Zoom Rooms for Touch units in multiple rooms, people can even collaborate on the same whiteboard space in multiple locations at once.

Zoom also offers a Webinar add-on at an additional cost for larger-scale presentations. 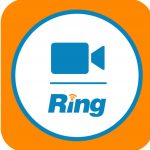 RingCentral Meetings is also available without the RingCentral Office platform. The prices of the standalone RingCentral Meetings product are the same as Zoom Meetings, with a free plan supporting 100 participants for up to 40 minutes, an Essentials plan at $14.99/user/month that removes the 40-minute limit, and an Advanced plan for $19.99/user/month that adds a real time usage dashboard and a Service Level Agreement (SLA).

All plans on the standalone RingCentral Meetings product are limited to 100 participants per meeting, however, unless you purchase a “Large Meetings” add-on. 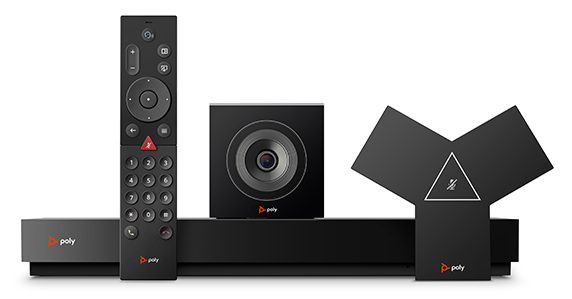 I’ve mentioned the H.323 standard as an add-on to several of the above services. H.323 is a long-time standard in video conferencing and supports direct communication between two or more units that support the standard. There are hardware solutions from several leaders in the communications hardware space, including Polycom.

The nice thing about H.323 hardware is that it works peer-to-peer, meaning that it can operate without any service and can reduce your ongoing costs (although at a potentially higher up-front cost). The downside is that it is a much more manual process to connect units, and it is often difficult to connect more than two units at once without an H.323 gatekeeper.

There are free and open source H.323 Endpoint applications (as well as an open source Gatekeeper application) that allow you to set up an H.323-based solution with simple off-the-shelf webcams and microphones.

As mentioned above, many of the services that make video conferencing easier also can integrate with H.323 endpoints, although the translation system is often an add-on or upper-level service tier. 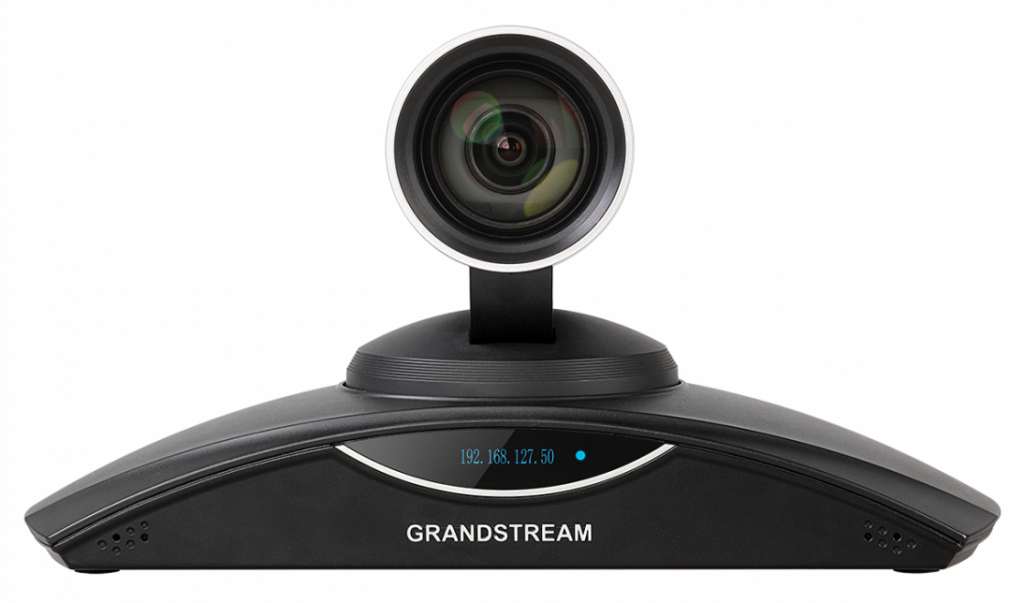 It has never been easier to implement video conferencing as part of your communications platform, which can make meetings at a distance easier and far more productive. Most of the above solutions work with even a basic broadband internet service and are packed full of features to help with increasing your collaboration with your coworkers and clients. The list of services above is far from an exhaustive list, but it is a sampling of some of the more popular solutions out there for video conferencing.

That’s it for this edition of The Collaborative Law Firm. We hope that it is helpful to you as you investigate options for video conferencing solutions in your organization. If you haven’t already checked them out, be sure to check out the other articles in this series for more solutions to your collaboration needs.