Need a moment to unwind before the long weekend but want to stay semi-focused on work? Check out a few famous depictions of the law and justice in art.

As artists seek inspiration and work to capture the world around them, many have turned to familiar topics that have been constant throughout the ages: justice and the law. Much like movies and music, art often draws on common societal themes of the legal profession. Additionally, many historical events depicted in art had far-reaching ramifications on society and the future of the law.

Thus, it is no surprise that the law and justice are often depicted in famous creative works. Take a moment to relax and check out five famous paintings depicting the law, the profession, and justice at various moments in time. You’re a busy lawyer, but even lawyers need a moment to unwind after all! 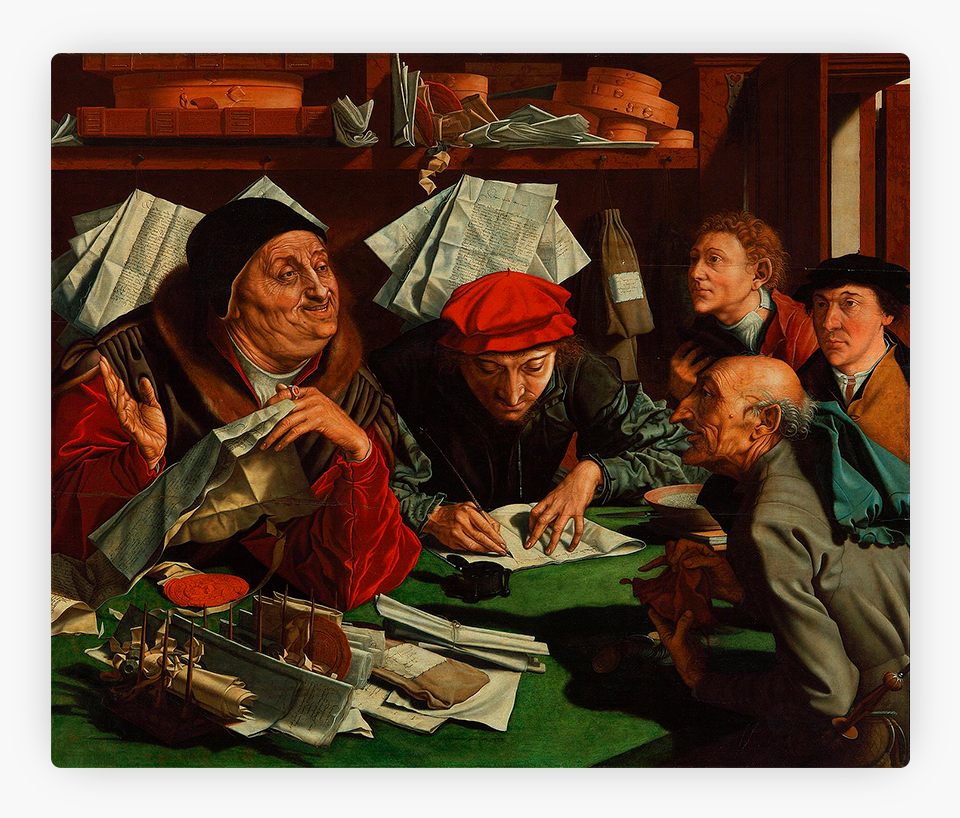 Marinus van Remerswaele was a Dutch painter known for his critical portrayal of those in powerful positions, such as the tax collectors, money changers, and lawyers of his day.

This theme carried over into his 1545 painting The Lawyer’s Office currently on display at the New Orleans Museum of Art. The satirical painting criticizes perceptions of greed in the profession and the documents in the painting are thought to reference a lawsuit that went on for 12 years with no resolution.

Year: 1556
The Jurist by Guiseppe Arcimboldo 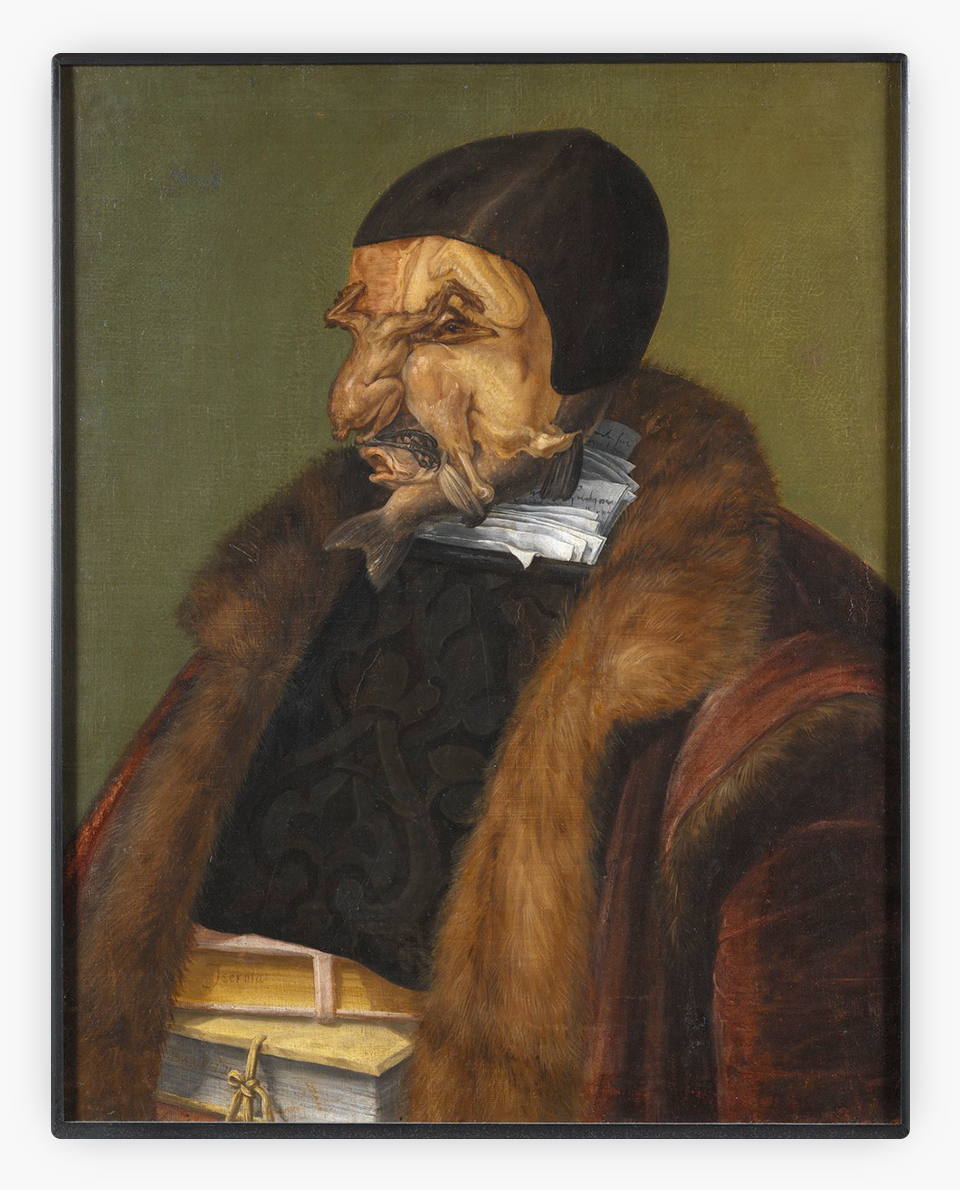 Guiseppe Arcimboldo was an Italian painter in the 16th century. He is well-known for creating portraits made with various inanimate objects, such as books and food, and unusual living creatures, including fish and birds.

In his painting The Jurist, Arcimboldo configured a lawyer made of fish, poultry, books, and papers. Though copies and replicas of the painting do exist, the original is part of the National Museum in Sweden.

Year: 1817
The Declaration of Independence by John Trumbull 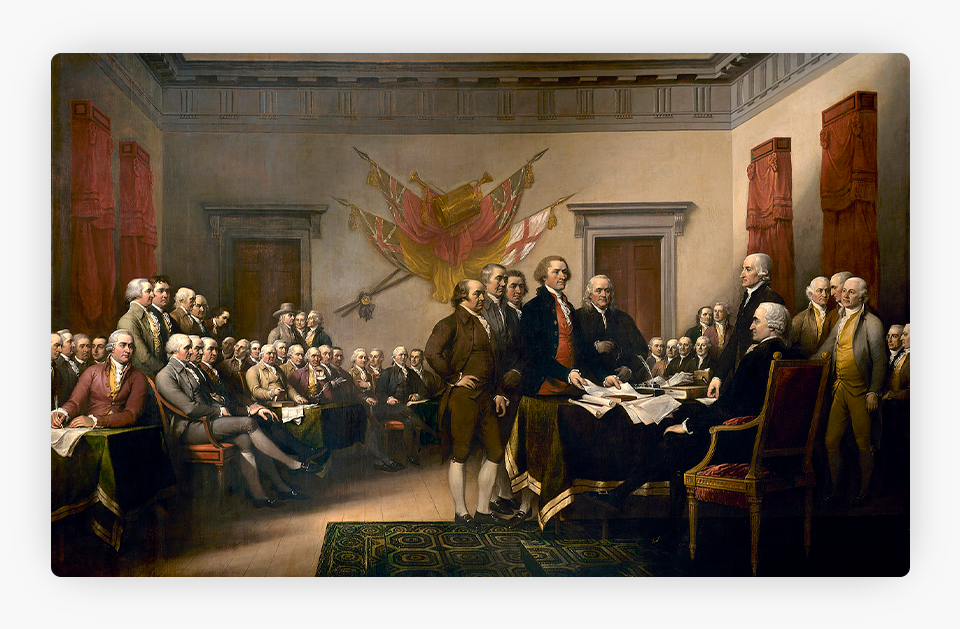 John Trumbull was an American artist who often depicted important scenes of the American Revolution, including his most famous work: The Declaration of Independence. Commissioned by the United States Congress in 1817, it is actually one in a series of paintings depicting the events of the American Revolution. The famous work typically sits in the Rotunda at the United States Capitol today to offer visitors a glimpse of the Founding Fathers in our nation’s earliest days. 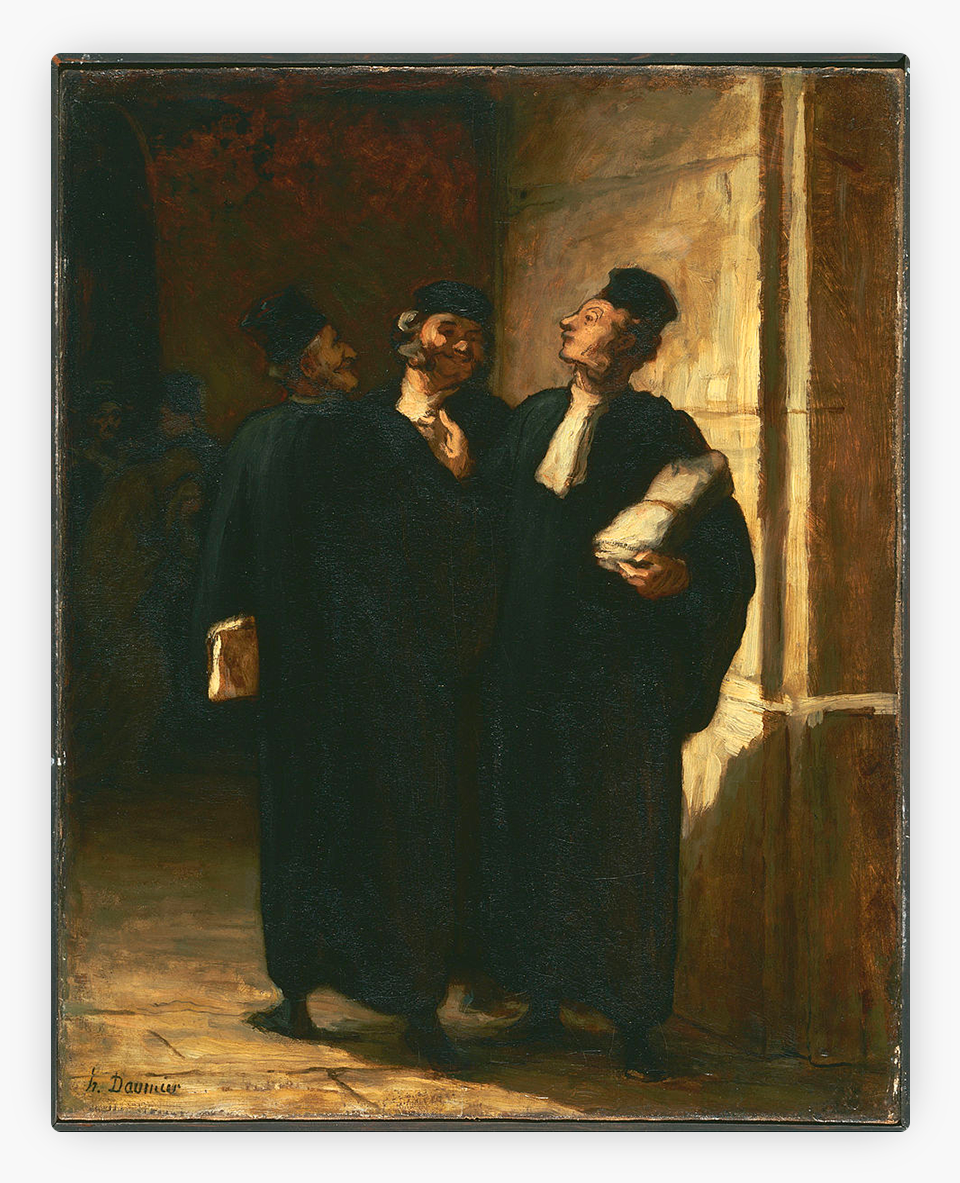 Honoré Daumier was a French artist known for painting, sculpting, and printing. His work was heavily influenced by life in 19th-century France and frequently criticized the legal profession, established governmental and society leaders, and religion. One of his famous works held by The Clark depicts three conversing lawyers. What they may be discussing is up for interpretation. 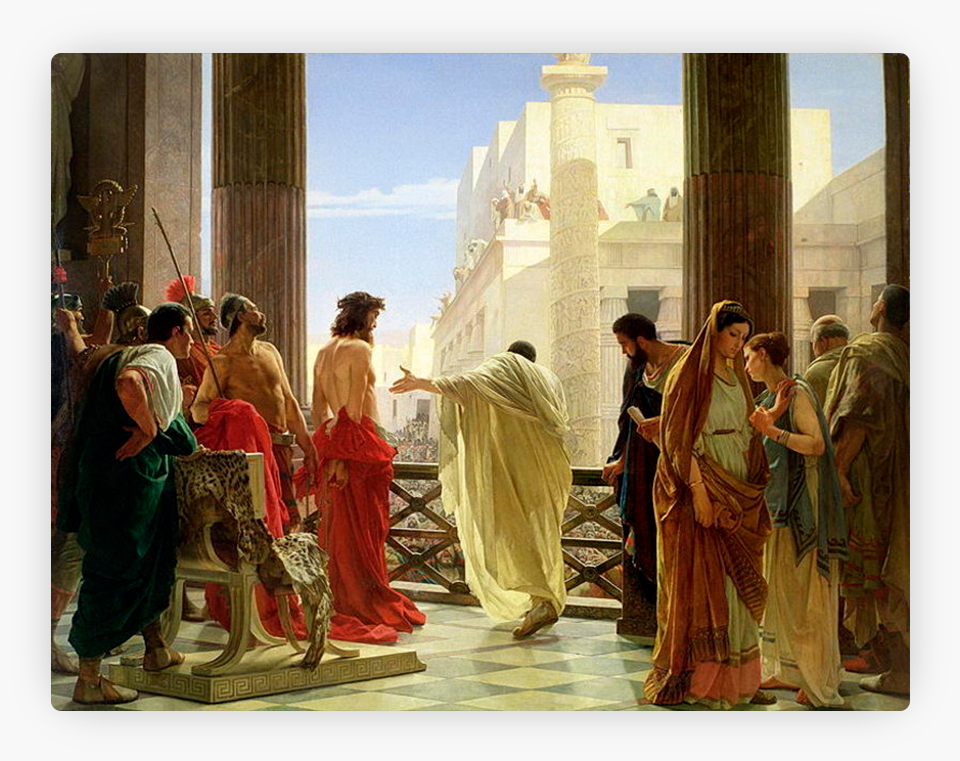 Antonio Ceseri was a Swiss painter. Like many European artists throughout the centuries, he primarily chose to depict biblical events in his work. The trial of Jesus before Pontius Pilate is one such biblical event that also ties into the themes of law and justice. In one of his most famous works, Ecce Homo, Ceseri chose this early trial as the inspiration for his work.

Paintings may not help you expand your practice but taking moments to relax and unwind can certainly make you a better lawyer. If you can’t get enough of paintings about law and justice, maybe check out a local museum this weekend (we bet you’ll find paintings about the law there), or keep an eye out for more law and art in future Justia Extras from our blog!